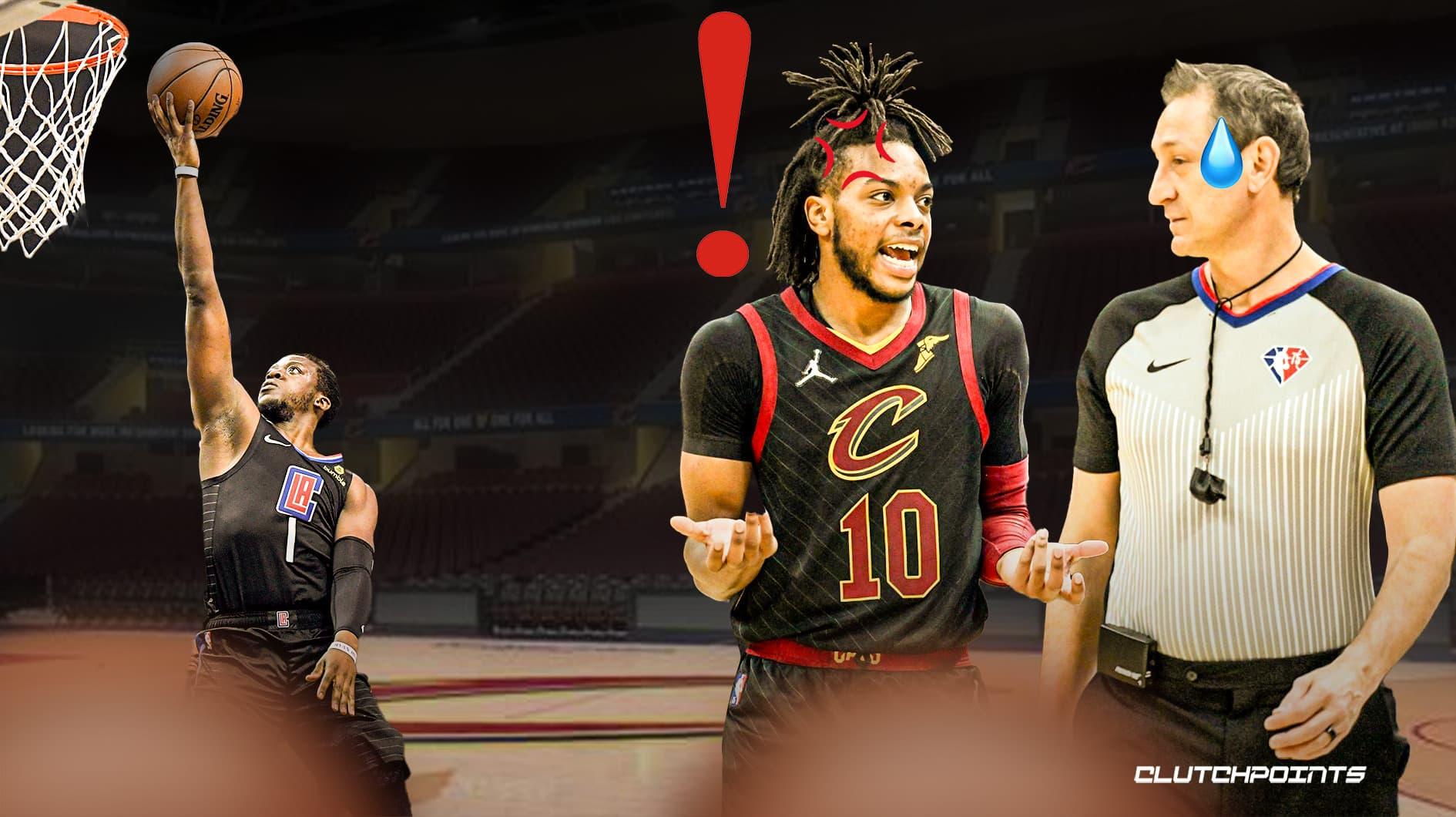 It seemed all the Cleveland Cavaliers needed was one more possession.

One last chance at either tying or sending the Cavs (8-2) up by one possession to continue a nine-game winning streak, four away from tying three historic runs during two of All-NBA forward LeBron James’ runs in Cleveland.

According to the NBA’s Last 2 Minute Report from last Monday, two officiating mistakes cost the Cavs the opportunity to ease the bleeding of a 13-point collapse against the Los Angeles Clippers (6-5) and continue to assert itself as one of the league’s top young teams.

*#Cavs Darius Garland was fouled on his late-game TO when he got ball stolen by Reggie Jackson.

*Jarrett Allen was fouled on his shot attempt that he missed at the rim w/ 1:11 left.

With 1:26 left in the fourth quarter, Clippers guard Reggie Jackson was reported to have initiated contact with Cavs guard Darius Garland’s left arm as he was trying to work his way to an open shot near the right corner of the 3-point line. The contact affected Garland’s “SQBR,” or strength, quickness, balance and rhythm, causing him to lose control of the ball before Jackson dove for and recovered the ball in the paint. Garland was called for a foul just moments later as he grabbed Jackson’s jersey, giving the Cavs star a loose ball foul and the Clippers the ball as they were down by four with 1:24 remaining.

With 1:11 left, as the Clippers were down by two, forward Paul George “jumped from point A to point B” and “delivered body contact to center Jarrett Allen that affected his shot attempt near the rim.” The missed call resulted in a 3-on-3 fast break after a rebound and a quick pass to Jackson, whose quick feed to forward Norman Powell tied the game with just above one minute remaining.

Both Darius Garland and Jarrett Allen, who are shooting 82.4% and 76.7% from the free throw line, respectively, could have at least had the opportunity to create a two-possession hurdle for the Clippers on either possession to slow LA’s ability to steal a crucial win from an up-and-coming Eastern Conference contender.

The Cavs will take the floor against the Sacramento Kings (3-6) Wednesday night at 10 p.m. ET in the Golden 1 Center. The game will be broadcast on Bally Sports Ohio.