Caris LeVert shows out in open run with Kyrie Irving 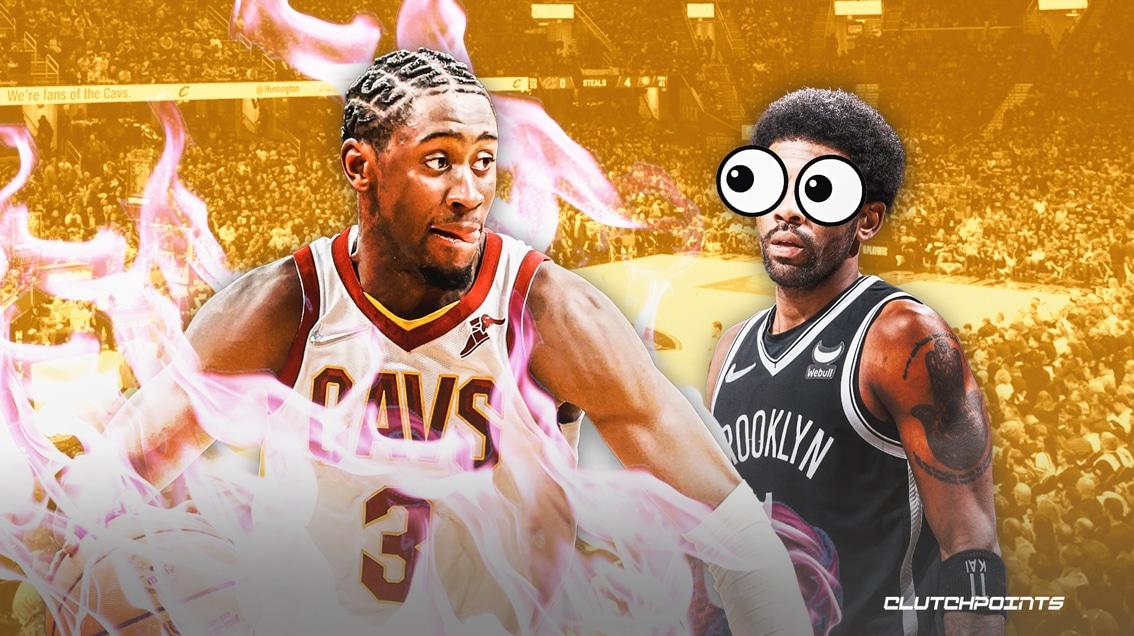 The Cleveland Cavaliers will certainly be a team to watch in 2022-23 after a promising campaign last season. While Darius Garland, Evan Mobley, and Jarrett Allen steal most of the spotlight, you can’t forget about Caris LeVert either.

The Cavs went out and acquired the guard at the trade deadline in March from the Indiana Pacers but he did deal with injury problems, suiting up for just 19 games while posting averages of 16.4 points, 4.8 assists, and 4.1 rebounds.

And if LeVert’s offseason work is any indication, he could play a big role for the Cavs once the campaign begins. Take a look at him in the lab getting in some reps with Kyrie Irving.

Via Through The Lens:

.@CarisLeVert is ready for take-off this season with the @cavs 😳😳😳 pic.twitter.com/Onp2RLBs5i

Caris Levert is getting to the cup at will, throwing down vicious slams, and the jumper looks smooth. A great sign and Cleveland fans should be pleased. It’s still unknown if Collin Sexton will be back with the Cavs as he an RFA, but you’d expect if he is, the shooting guard is going to probably start over LeVert.

That’s not exactly a bad thing, though. The former Brooklyn Nets standout has experience in the second unit and could be the star of the bench, taking the load off Darius Garland. Ricky Rubio is also back and he’ll be important to the bench as well.

Caris LeVert has all the potential. It’s simply a matter of staying healthy and being consistent. He fits the mold of where the Cavs are heading. It’ll be interesting to see the role he plays as J.B. Bickerstaff’s squad looks to avoid the Play-In Tournament in 2023.