Bobby Portis weighs in on the Lebron James-Michael Jordan debate 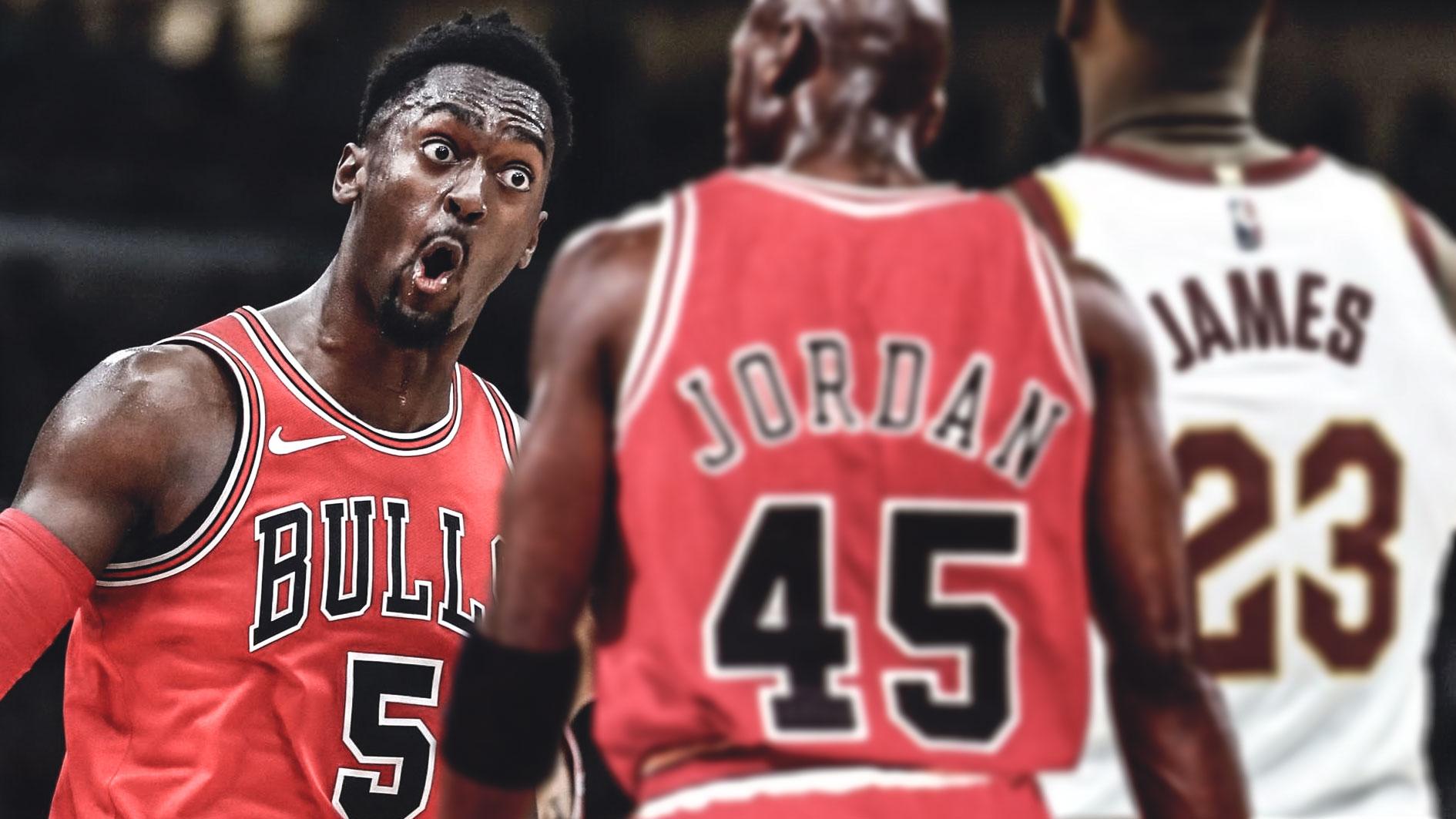 The LeBron James vs. Michael Jordan debate has intensified in recent years, especially given the fact that James has been to so many consecutive NBA Finals. Chicago Bulls player Bobby Portis decided he wanted to weigh in the subject.

His argument? James is playing really really well. His full take is below, via his official Twitter account.

LeBron or Jordan? I know most of my following is from Chicago and y’all will be bias but man idk. LBJ in his bag.

For those unaware by what Bobby Portis meant by saying LBJ is in his bag, it just means he is in his own world or category.

James has been on what will likely become known has the best playoff run of his career. Maybe he won’t win the title with this iteration of Cleveland Cavaliers. But if they win Game 7 against the Boston Celtics, on the road, and make it to the Finals with that roster, it will be all because of James and his talent and leadership.

Portis has a point that people in Chicago are biases toward Jordan. But so are the LeBron James fans who did not grow up watching Jordan. It’s always a difficult argument that can be parses in 12 million ways.

People often point to the fact that Michael Jordan won six titles and lost none. They also say James has been to seven straight Finals, and possibly an eighth this year. They point to Jordan’s individual awards, but James has almost as many.

No matter how you look at it, James and Jordan were each the best of their generations. The game was different when Jordan played it, and it dominated. James is dominating this era.

Can’t we all just be happy that the NBA has had two of these great players, and one of them is still playing?