Cavs won’t ‘blow up’ team regardless of LeBron James’ decision 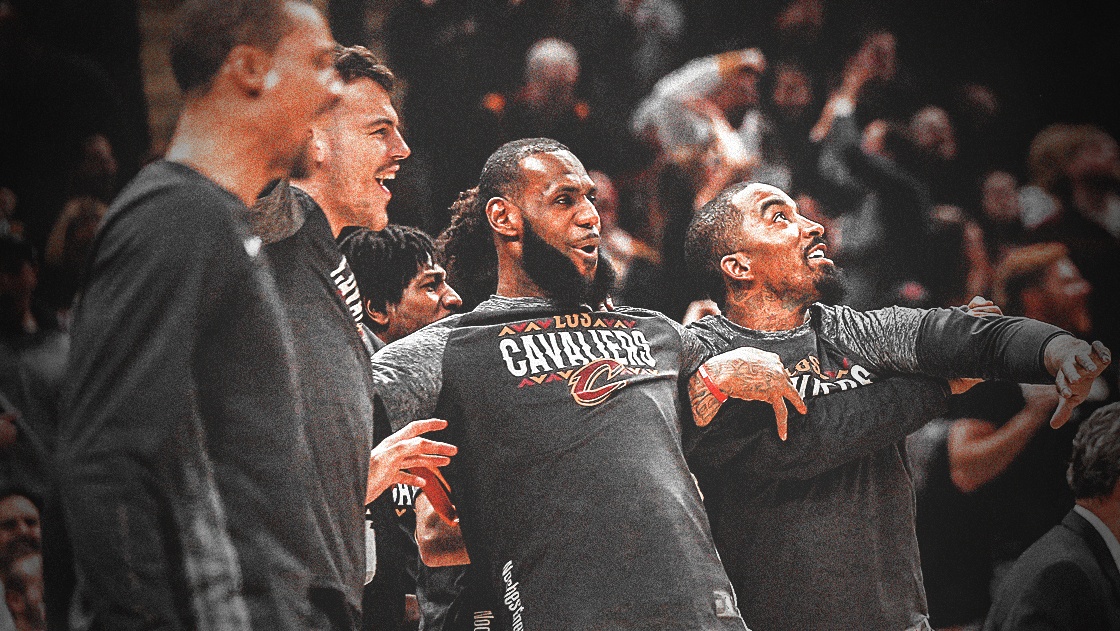 The Cleveland Cavaliers will face a domino effect after their biggest star, LeBron James, makes his free-agent decision. The franchise has been rumored to turn the wheels on forward Kevin Love if James leaves, likely not seeing any No. 1 scorer potential in him after a rather disappointing spell with the organization.

According to Terry Pluto of Cleveland.com, the team won’t blow it all apart if James leaves though, as many had expected the Cavs to take a Trust The Process-like approach to rebuilding the franchise.

“As of now, the Cavs’ plan is not to “blow up the team,” regardless of what James decides to do. I’m talking about an extreme Philadelphia-style demolition job of aiming to lose lots of games and pile up draft picks.”

The Cavs still hold the No.8 overall pick in the draft and could start their rebuilding process this very Thursday, assessing whether their draft pick will be a building block or just part of the several cogs they will need in place to make this team competitive without a driving force of James’ caliber.

Contractually, the Cavs still have awful contracts in J.R. Smith and Tristan Thompson, which they could look to shed in hopes to better their cap space situation over the next year.

This approach will be rather arduous, but worthwhile for the fans — as going from winning 50-plus games per season to a potential tank job can be a rude awakening for a fan base that has been in the NBA Finals for four straight seasons.