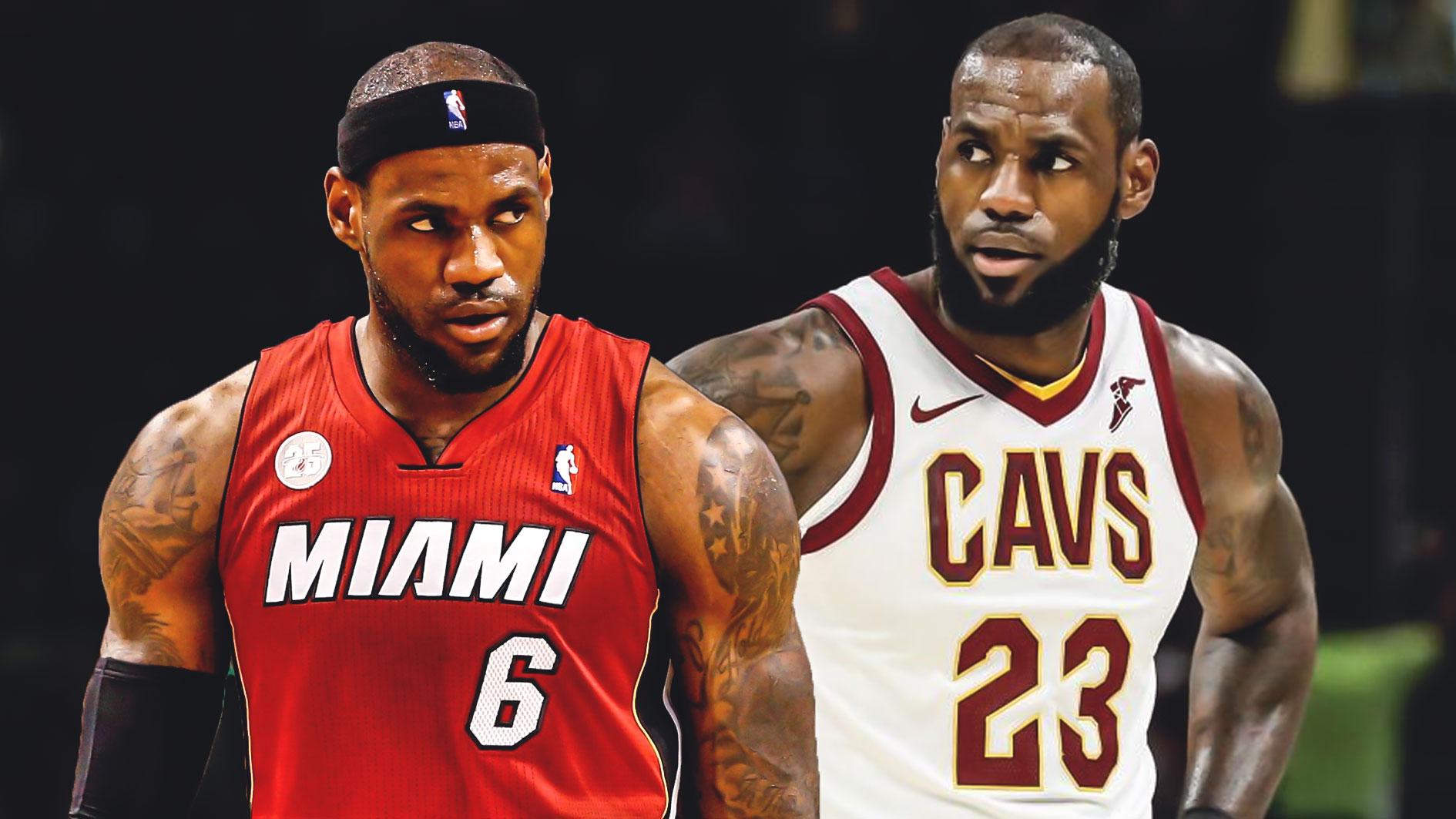 In what was the fifth outing of a five-game road trip, Cleveland Cavaliers superstar LeBron James posted a Herculean 35-point effort in a 113-105 loss to the Portland Trail Blazers on Thursday night. Following Thursday’s game, PR staffers from the Blazers issued their game logs. All of the notes checked out — except one.

At the bottom of the page, James’ name was mentioned as a member of the Miami Heat.

I don't know if the Blazers' PR staffer/intern who did this was messing around, but, well, check the last item pic.twitter.com/iZ8wuYdSIK

As most hoops fans know, James hasn’t played for the Heat in quite a while. Maybe the error was an honest mistake. Either way, the notes were complimentary, despite the fact that he was listed among Portland’s players.

James played 41 minutes in Thursday night’s loss, scoring 35 points on 15-25 shooting from the field (1-4 from beyond the arc), 14 rebounds, six assists, three blocks and two steals.

The Cavs were without several players for Thursday’s game in Portland, including Tristan Thompson (ankle), Kevin Love (hand), Cedi Osman (hip) and Larry Nance Jr. (hamstring). The team also lost Rodney Hood in the third quarter due to back pain, which kept him out of Cleveland’s previous two games.

“We sustained our energy, we sustained our effort and we left everything out on the floor,” James told ESPN after Thursday’s game. “Even being short-handed we still wanted to play the caliber of basketball we are accustomed to playing, and I think we did that.”

James and the Cavs — now the 4th-ranked team in the Eastern Conference standings with a 39-29 overall record — will be back in action on Saturday night, as they’re scheduled to face the Chicago Bulls inside the United Center. Tip-off is set for 8:00 p.m. EST with FOX Sports Ohio having live broadcast coverage.

… Until then, have a go at James’ dunk over Blazers big man Jusuf Nurkic.

THE KING MAKES POSTERS!!!#CavsBlazers is just getting started on FSO & FSGO: https://t.co/smgKDuYcyvpic.twitter.com/v5nR2qhhPb