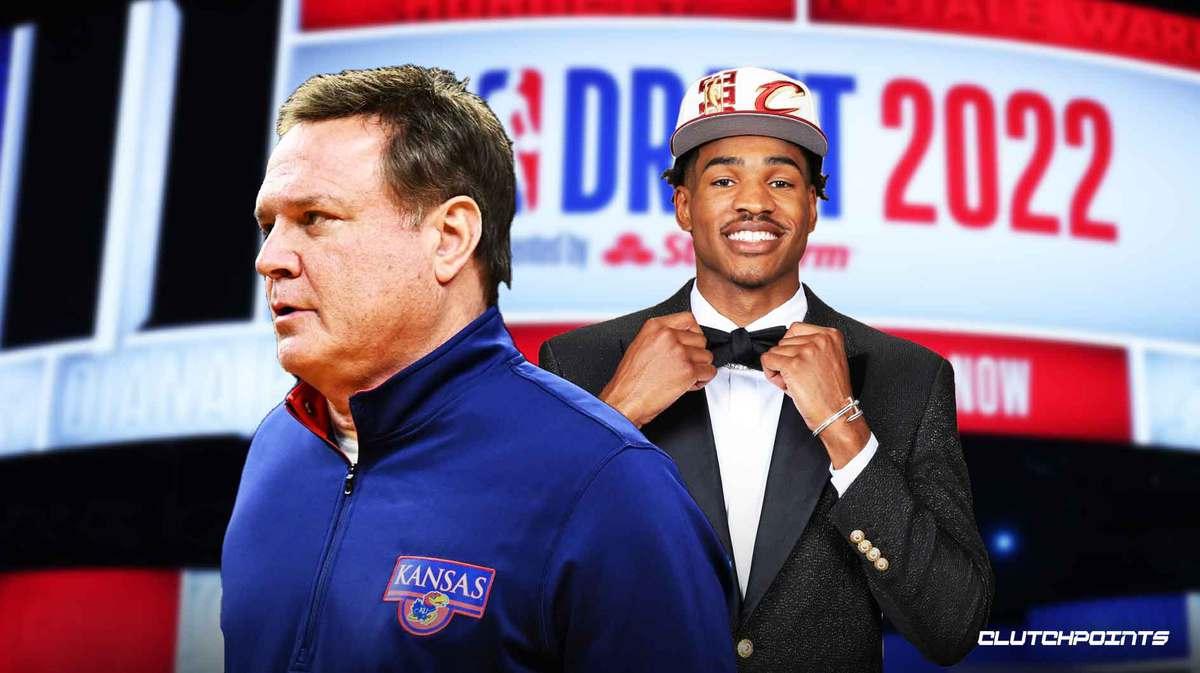 The Cleveland Cavaliers selected shooting guard Ochai Agbaji as the no. 14 overall selection in the 2022 NBA Draft, and not a lot was happier to see him realize his dream to become an NBA player with the Cavs than his college head coach with the Kansas Jayhawks, Bills Self. Agbaji is ripe for the big league, given what he accomplished in Lawrence and also his age, which isn’t exactly a favorable thing to some.

However, there are also some that don’t think Agbaji has a lot left that he had not yet shown, a notion that Self emphatically shot down.

Via Marla Ridenour of the Akron Beacon Journal:

“People say Ochai, since he’s 22, and CB’s 21, that they’re closer to the ceiling. That’s a bunch of crap,” Self said in a Zoom call from Barclays Center in Brooklyn, N.Y. “They can both get better. They were both late bloomers.

At 6-5 and with a 6-10 wing span, Agbaji should be a nice youngster who could potentially provide solid numbers right in his very first season in the NBA. Agbaji hops on the Cavs’ roster still fresh off a national championship win as a senior for the Jayhawks, so he will be looking to sustain his winning pedigree with his new team in the coming 2022-23 NBA campaign.