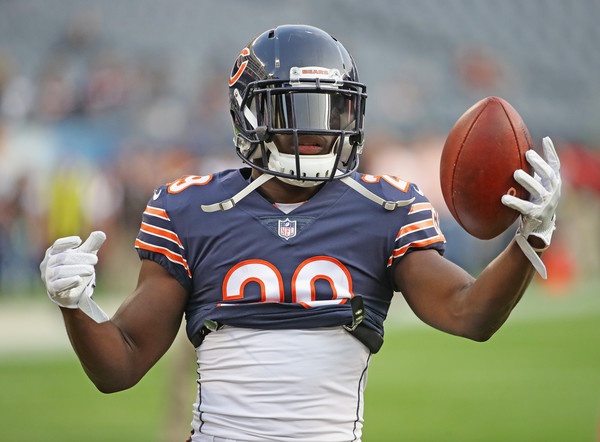 Tarik Cohen went from being drafted 119th overall in this year’s NFL Draft to starring for the Chicago Bears in Week 1, albeit in a 23-17 loss to the Atlanta Falcons on Sunday.

Apparently, that was enough for the rookie running back to compare himself and fellow Bears’ backfield mate Jordan Howard to Cleveland Cavaliers’ stars LeBron James and Isaiah Thomas in speaking to a group of reporters that included James Neveau of NBC Chicago following the Atlanta game.

“To be able to play with that type of back is like playing in Cleveland with Isaiah Thomas and LeBron right now,” he said.

Cohen led the Bears in rushing yards opposite the Falcons, racking up 66 yards on just five carries, thanks in large part to a big gain on a 46-yard run. Howard, on the other hand, got 13 touches and made 52 rushing yards.

Cohen was particularly alluding to his being the new guy on the team just like Thomas is now to the Cavaliers. While Cohen starred at North Carolina A&T, he’s found himself sitting next to Howard in the pecking order in the backfield, with the latter rightfully atop the backfield chain for having led the team last season in rushing yards and touchdowns with 1,313 and six, respectively.

The Bears have a so-so passing game currently orchestrated by a pedestrian quarterback in Mike Glennon so head coach John Fox sure is expected to rely more on the duo moving forward much like how Cleveland is looking to ride on the 1-2 punch of James and Thomas. 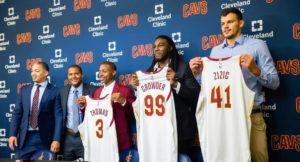