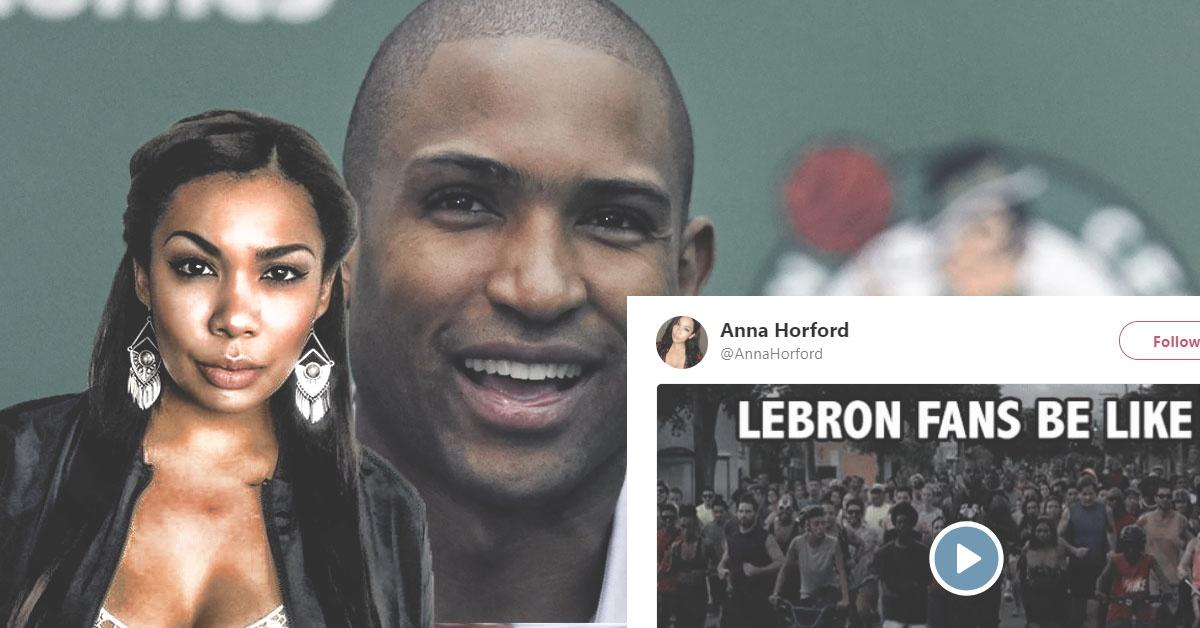 The Cleveland Cavaliers are on the verge of losing LeBron James – again – following reports that the four-time NBA MVP will not exercise his player option with the team for the 2018-19 season.

The door is still open for James to return to the Cavs, but his legion of fans is probably bracing for the possibility of an allegiance shift depending on where he will go next. That’s perfectly illustrated by one GIF post on Twitter by Anna Horford, sister of  Boston Celtics big man Al Horford.

LeBron James left Cleveland before for the Miami Heat in 2010, carrying with him to South Beach a mass of fans willing to cheer for their idol’s next team, and it seems like the type of player-centric fandom Horford’s sister is not very fond of based on his mocking post.

Nevertheless, Anna’s post will not have any effect on James’ decision. If James can go on for years without noticing Celtics youngster Jayson Tatum’s plea to follow him on Twitter, then Anna Horford’s mocking post is also unlikely to register even a ping in the superstar’s social media radar.

Anna Horford’s post could also be interpreted as a mere product of her “saltiness” because his brother has repeatedly lost to James in the playoffs with the most recent one being the Celtics’ demise at the hands of the Cavs in this year’s Eastern Conference Finals.