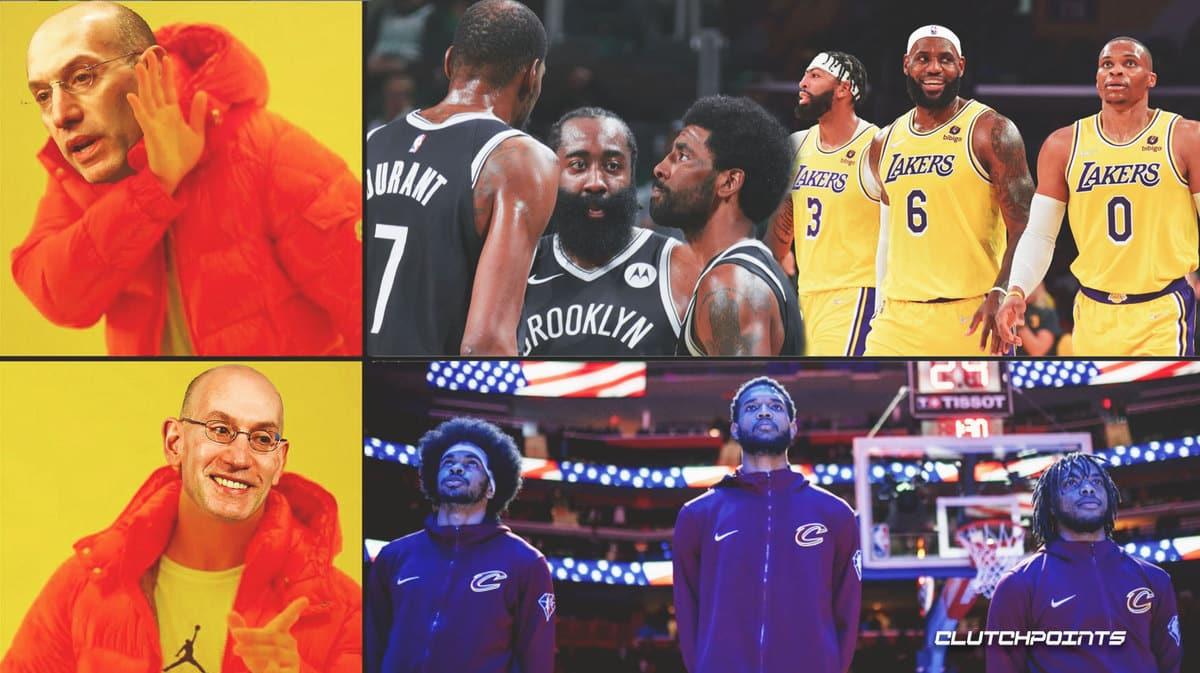 The Cleveland Cavaliers are becoming one of the best teams in the NBA now. After a disappointing 2020 season, they’ve bounced back thanks to All-Star performances from some home-grown talent and some recent acquisitions. It’s led many people to drop hot takes about them.

Count NBA Commissioner Adam Silver as one of the Cavs’ biggest fans. In an interview prior to the All-Star Weekend, Silver lauded the team for being the right way of building a “super team”, whatever that means. (via Fadeaway World)

“The term ‘Super Team’ can have a positive connotation or it can have a negative one… The negative one is where you have players coming together for the sole purpose of winning a championship, particularly later in their career. And I think, on the other hand, you have super teams — and I think Cleveland is becoming one — where they’re constructed in just the right way.”

Debates regarding super teams in the NBA have been ongoing since… well, forever. Hell, the Cavs were once that “negative” super team Silver was talking about: when LeBron James went back home to join Kyrie Irving, while they also acquired Kevin Love. More recently, a “bought” superteam was formed in Brooklyn, with Kevin Durant, Irving, and James Harden joining together.

Silver’s idea of the right way of making a super team is likely referring to homegrown talent. This Cavs roster isn’t close to being the same juggernaut as the other super teams, but their foundation is built on young stars Darius Garland, Evan Mobley, and Jarrett Allen. Not to mention Colin Sexton, who is still recovering from injury.

Is this Cavs team “superteam” level good? Not quite yet, but if all goes well, they could be headed in that direction.