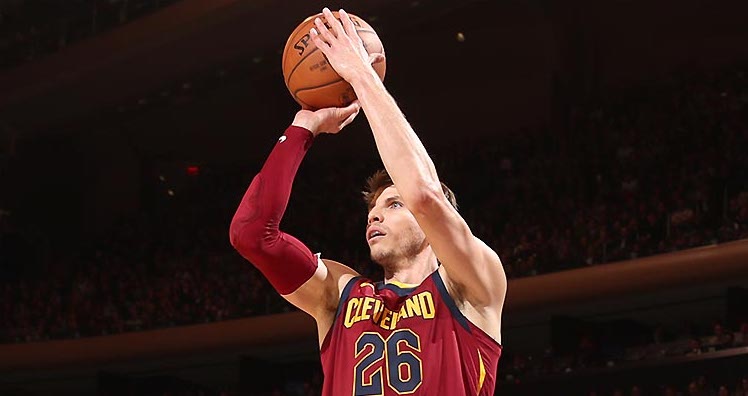 Cleveland Cavaliers guard Kyle Korver has established himself as one of the best shooters in NBA history. In fact, he’s currently ranked fourth on the NBA’s all-time three-point field goals made list, just behind the likes of Ray Allen, Reggie Miller and Jason Terry. Opposing sides know they can’t leave Korver open, lest they pay the price in rapid-release buckets.

At 37 years of age, Korver is still striking fear into the hearts of his defenders. The former Creighton Blue Jay recently sat down with Jeff Zillgitt of USA TODAY Sports to extensively discuss what goes into his nearly-flawless shooting technique. While playing for the Atlanta Hawks three years ago, Korver laid out 20 points of focus.

Korver holds career averages of 9.9 points on 44.4 percent shooting from the field (43.1 percent from beyond the arc), 3.0 rebounds and 1.8 assists. This season, Korver connected on 43.6% of his three-pointers and led the Cavs in plus-minus ratings. And just for the record, his 43.1 percent mark from downtown over the course of his career is the sixth-highest in NBA history — a stat in which he’s led the league in four separate times.

“I tried to be as detailed as I could,” Korver said. “As you look at it, some things pull closer towards you. Some things fade away. It’s like that all the time. It’s just kind of the way it is. My understanding of each of these things seems to keep evolving and you spend a lot of time focusing on an area.

“For me, especially as I get older, I feel pretty good about what I’m doing mechanically. It’s about training my body to groove certain things.”

Cavs superstar LeBron recently noted that Korver’s mechanics are always the same. The King went on to say that Korver is a “true professional.”

“His feet are always set and ready to go. His mechanics are the same. They never change,” LeBron James said. “You can tell he’s put in that work over the years. True professional. Work ethic. He knows he’s an NBA player, and that’s been No. 1, No. 2 and No. 3 on his list every single year.”

Though his shot is already among the greatest in history, Korver is constantly working on ways to improve it.

“I’m not afraid of changing something to try to be better at it,” Korver said of his shooting form. “I think some people get just locked into ‘this is the way it has to be,’ and they’re afraid of messing something up. I don’t ever want to be that way with shooting or with anything really – not just shooting. It’s good to always try to learn and try to grow. I’m always tinkering. I love that. I’m not thinking about the same thing every day. I’m trying to find different things.”

Believe it or not, Korver says lifting weights has become a more beneficial part of his preparation than practicing shots. According to Zillgitt, Korver stands at halfcourt about an hour before tip and “shoots” a heavy ball into the air.

“A proper lift for me the day before a game is more important than getting 300 shots or 500 shots up,” Korver noted.

“It activates my fingertips when I’m pushing something that’s heavier,” Korver said of the weighted ball. “I shoot it as high as I can. I try to get into my hips. It triggers something. I get the ball high, and it’s as simple as I can make shooting. I want the simplest and most powerful shot my body can shoot.

“A basketball is lighter,” Korver said. “You can shoot it with bad mechanics. But with a heavy ball, my elbow has to get tucked in. That’s not for everybody. A lot of people won’t like it. But that’s what I’ve found works really well for me.”

Korver and the Cavs will be back in action at 8:00 p.m. EST on Tuesday night, as they’re scheduled to face the Toronto Raptors inside the Air Canada Centre for Game 1 of the Eastern Conference Semifinals. 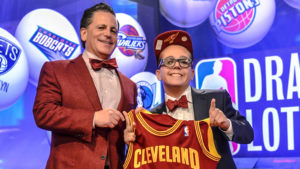