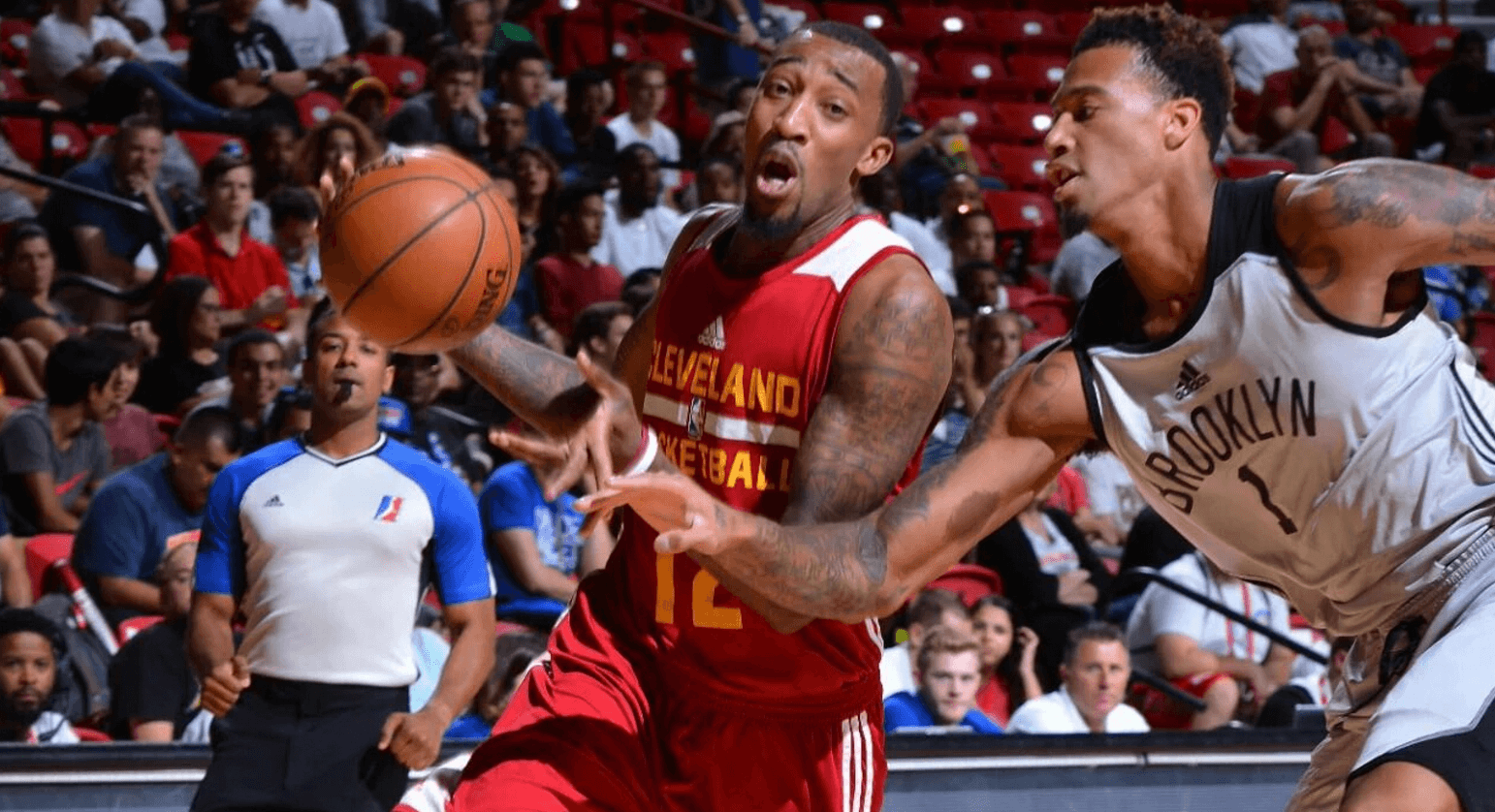 After coming back from down 19 against the Lakers in their first match-up of this year’s NBA Summer League tournament on Thursday night (88-80), the Cleveland Cavaliers were slated to face off against the Brooklyn Nets inside the Thomas & Mack Center for a quarterfinal round battle in the desert.

Cleveland came out strong behind a solid shooting stroke from Jordan McRae. Two minutes into the first quarter, the Cavs held a seven point advantage. However, Brooklyn battled their way back to a two-point deficit at the four-minute minute mark of the first. Continued offensive pressure and improved defense had the Cavs stretching their lead to nine after 10 minutes of play, led by McRae’s 12-point quarter (29-20).

Brooklyn re-gained their composure in the opening minutes of the second quarter. An 11-0 Nets run made it a one-point game as the six-minute mark rolled by. Cleveland then answered with an 8-0 run of their own. As the half dwindled, this one seemed to be going down to the wire. At half-time, the game was knotted up at 41.

After the break, Brooklyn jumped out to a four-point lead, but a quick three-point answer from DeAndre Liggins cut the Nets lead to just one. Brooklyn then ramped up their offensive intensity as the minutes ticked by in the third. An 11-0 run had the Nets pulling away with little time left. The Cavs then answered with an 11-2 run, cutting the Brooklyn lead to just two as they headed into the final quarter of play (61-59).

Jordan McRae’s driving lay-up tied the game in the opening minute of the fourth. The battle continued until shooting power forward Beau Beach hit back-to-back three-pointers to give the Nets a seven-point lead. The Cavs weren’t going to just lie down, though. A 12-0 answer had Cleveland re-gaining the lead at the four-minute mark of the quarter. With three minutes remaining, the game was tied once again. With 10 seconds remaining, and a tie ball-game, Jordan McRae had a look at a go-ahead jumper, but his shot sailed just wide. The two sides then headed to over-time tied at 83.

Cleveland’s defense managed to hold the Nets scoreless in the two-minute overtime period. As the final horn blew, the Cavs had battled their way to an eight-point victory and a spot in this year’s summer league semi-finals.

Tonight’s game ball goes to Jordan McRae. Although he didn’t shoot very well, his 25 points, six rebounds, three assists, and two steals came in 27 big minutes of action. Jordan’s 9-of-10 mark from the free-throw line also helped drive the Cavs to their win.

Cleveland will now advance to the semi-final round of this year’s summer league tournament. Tune in tomorrow night as the Cavs face the Chicago Bulls on ESPN2 at 8:00 p.m. EST.

Click “NEXT” to see the greatest highlights from tonight’s big-time victory!