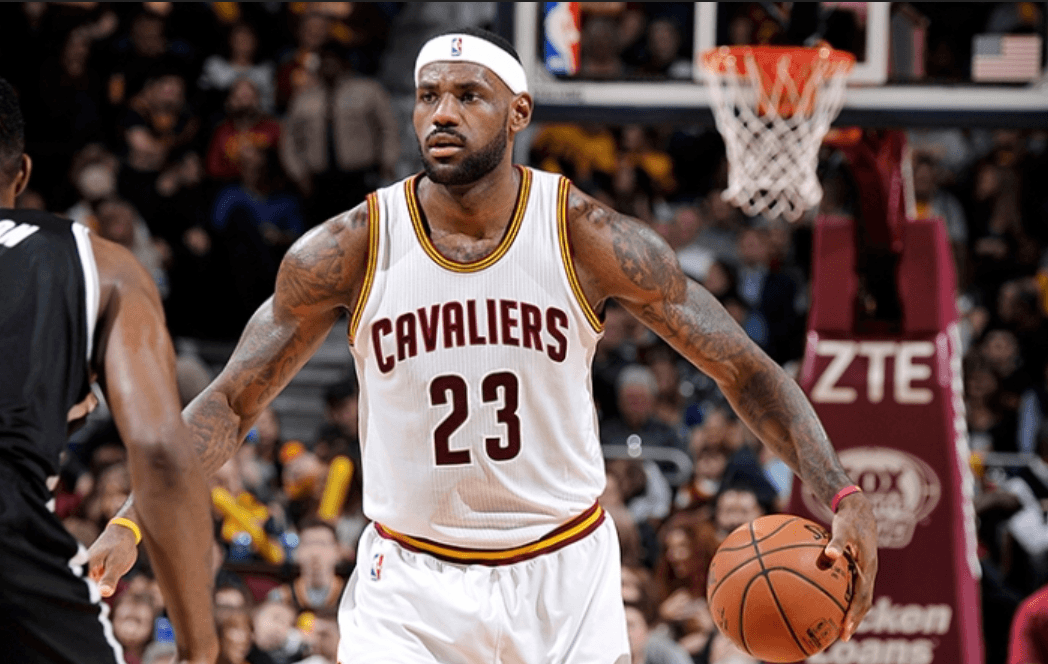 LeBron James hit a running hook shot from eight feet from the basket with one second left to seal a victory for the Cleveland Cavaliers, as they defeated the Brooklyn Nets 90-88 at the Quicken Loans Arena tonight. It was an ugly game for the Cavs for the majority of the night, but James and his supporting cast made enough plays late in the game to overcome a seven-point deficit in the final five minutes and earn their second win in as many nights.

Playing on the second night of back-to-back games, the Cavs once again got off to a very slow start, scoring a season low 17 first quarter points. They shot 32% from the field in the opening quarter and had only three assists. The ball movement was definitely lacking as the Cavs` offense was making an otherwise sub-par Nets defense look like a league leader on that end of the floor. Brook Lopez led the Brooklyn offense with 10 points in the first quarter, on his way to a team high 22 for the game.

The Cavalier offense picked it up a little bit in the second quarter, but not before falling behind by 12 at the score of 39-27. Cleveland would answer the 12-point deficit with a 9-1 run, ignited by a Timofey Mozgov to Kevin Love 2-on-1 fast break dunk. Mozgov deflected an entry pass at the high post on the play, chased down the loose ball before it went out of bounds, and hit Love in stride with a bounce pass for the dunk. The play only resulted in two points, but until that point there was almost no energy in the arena or on the bench, and that play seemed to wake up a lackadaisical Cavs team.

For the half, Mo Williams led the team with 12 points. LeBron James and Kevin Love were also in double figures with 11 and 10 points, respectively.

The third quarter was better offensively and defensively for the Cavs, and particularly for Kevin Love. Love scored 12 points in the quarter, all on consecutive three-point shots. Each of the four shots he made from behind the arc was assisted by a different teammate, which is an indication that the ball movement had improved dramatically since the start of the game. In total, the Cavs tallied eight of their 20 assists in the third quarter. The defense improved in that frame as well, as the Nets were held to 18 points on 6-18 shooting from the field. The Cavs did commit five turnovers in the third, and 19 in total for the game, which made it difficult to pull away from Brooklyn.

After a Matthew Dellavedova three-point basket gave the Cavs a one-point lead heading into the fourth, neither team was able to pull away from the other until a 7-0 run by the Nets gave them the lead at 83-76. This was the beginning of LeBron James` usual fourth quarter takeover. He started by hitting a three, then by driving the lane for an and-one. He switched off on defense to guard Nets center Brook Lopez and drew a foul to regain possession. He connected on an alley-oop to Tristan Thompson, then hit two free throws to set the stage for his heroics down the stretch. After Joe Johnson made all three free throws after a J.R. Smith foul to tie the game, LeBron James used a screen to force a mismatch and drove to his right for the game-winning hook shot. Jarrett Jack got a shot off for the Nets, but missed at the buzzer.

The Cavs were led by James and Love, who each scored 26. Tristan Thompson had a double-double off the bench, and Mo Williams had 14 points in the win. The team combined for 11 blocked shots to anchor the defense, with J.R. Smith swatting away four on his own. With the win, the Cavs run their overall record to 13-4, and remain undefeated in nine games at home. The team is off until Tuesday when they host their Eastern Conference rival, Washington Wizards. 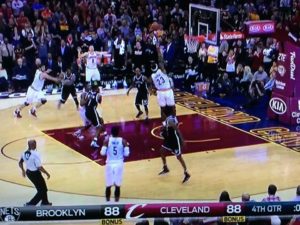