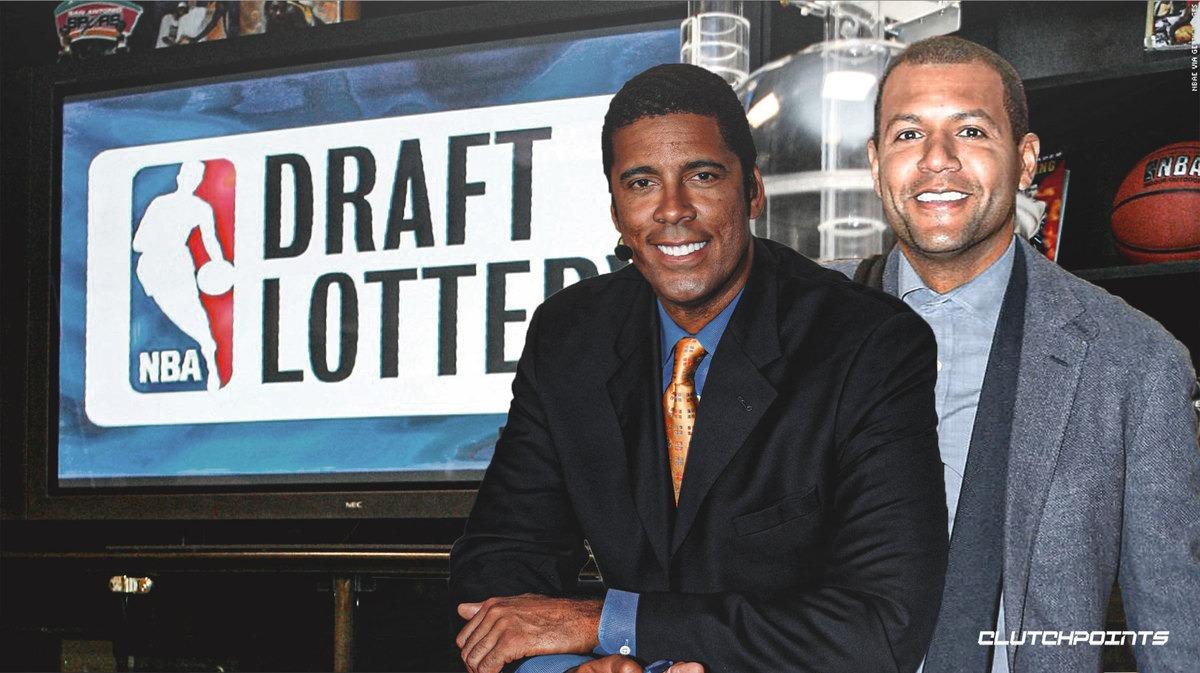 At this time last year, Cleveland Cavaliers rookies’ Darius Garland, Dylan Windler, and Kevin Porter Jr. had already been part of the team for two months.

With society making huge changes due to the ongoing global situation, the 2020 Draft Lottery is set for Thursday night. The Cavs are tied for the highest odds at the top pick, at 14-percent along with the Golden State Warriors and Minnesota Timberwolves. Cleveland will pick no later than sixth, and while there does not appear to be a prospect on the level of the ‘big three’ from last year, the lottery is still a huge moment for the Cavs with potentially franchise-altering implications.

The Cavs ended the shortened season with the second-worst record in the NBA (19-46), behind only the Warriors (15-50). The Timberwolves finished 19-45, having played just one fewer game than Cleveland. This is the second year of the NBA’s revised Draft Lottery odds, so each of these three teams has identical odds for a top-four selection.

The main benefit of landing the highest odds is that you are guaranteed to pick in the top five no matter what. However, that comes at a cost. Golden State has a 47.9-percent chance of picking fifth overall. which is the highest single-pick odds until the Washington Wizards, who sit in ninth (or 21st, depending on how you look at it) place. The New York Knicks held the highest odds in 2019, and ended up at number three, although historical results are meaningless when dealing with odds.

There is an argument to be made that the Cavs are once again in the best position in terms of cold odds. They also held the second-worst record in 2019 and landed the fifth overall selection. The ping pong balls were not too kind to the team last year, but you have to like where Cleveland sits. In addition to their odds at a top-four pick, they have a 27.8-percent shot at the fifth pick and a 20-percent chance at number six. It’s theoretically better to spread your higher odds over multiple picks, rather than having them combined into a high likelihood, as the Warriors have with number five. And even if things don’t go the Cavs way, it may not be a huge deal, as there are a lot of prospects considered to be at the top of this class, but no clear-cut player on the level of a Zion Williamson or a Luka Doncic.

Speaking of those multiple players, it’s anyone’s guess as to which direction the Cavs will go, regardless of which selection they end up with. There is no consensus top prospect, and really any of the top 10 guys could go first overall or fall into the later part of the lottery. There’s just not a lot of film on most of these players, and without a Combine or typical prospect visits, scouting has become a much more difficult job than it usually is. It doesn’t help that this class is constantly compared to the 2013 class, which featured the Cavs infamously taking Anthony Bennett first overall.

Yet even in a historically bad class, there were excellent players to be found. Victor Oladipo went second overall and has turned into an All-Star with the Indiana Pacers. C.J. McCollum was the 10th pick. Steven Adams went 12th. Rudy Gobert was taken at 27. And of course, league MVP Giannis Antetekounmpo lasted until pick 15. Despite the extreme uncertainty surrounding this class, there will doubtless be some very good players taken throughout the first round. The Cavs just need to make sure they wind up with one of them. Cleveland doesn’t have any more picks after their first, so maybe the team will look to move down and acquire more capital, especially if they aren’t 100% sold on any of the players available.

Cleveland has taken three guards in the first round over the past two years, so what’s one more? Until the Cavs find a surefire franchise cornerstone, they need to keep selecting the best (or most talented) player available. Last year, that was Darius Garland. This year, it could very well be one of a few guards.

Georgia’s Anthony Edwards is probably the player most frequently seen at the top of boards, and it’s easy to see why. He’s a well-built 6-5 225 pounds with a 6-9 wingspan and loads of defensive potential. He’s extremely athletic and can get to the rim at will. He is a good outside shooter, although his college percentages (40-percent from the field and 29-percent from behind the arc) are a bit concerning. There is only one ball, and only so many minutes to go around, so it’s difficult to see how the Cavs would be able to make Edwards work with Garland, Collin Sexton, and Kevin Porter Jr.

The same goes for LaMelo Ball, although he brings a different skillset than Edwards or the other guards currently on the roster. He stands 6-7 and is a fantastic passer and ball-handler with great range on his three-ball. He’s not a great scorer or shooter and could struggle to adjust to the NBA as he doesn’t have top-tier athleticism. Ball also has the ability to be an excellent defender but has not shown the desire as of yet. He has wing height but is a point guard through and through, and while his playmaking would far outclass any other player on the roster, his skillset outside of that doesn’t seem to make a whole lot of sense for this team.

If the Cavs wanted to play things safe, Dayton forward Obi Toppin would be the way to go. He has an NBA body at 6-9 220 pounds with room to add even more muscle. He is a power forward, although he could have some trouble defending the more powerful big men in today’s game. He does a lot of things well, even though he may not be elite in any one area. Toppin is 22 years old, which does make a big difference when he’s being judged among 19-year olds. The Cavs desperately need help on the wing, and Toppin would provide that, as long as expectations for him are realistic.

Andre Drummond is still a Cav, but that shouldn’t prevent the Cavs from going with a big man if they feel he’s the best player available. James Wiseman is more of a boom or bust prospect, but his floor is not too low simply because of his physical characteristics. He is listed at 7-1 247 pounds with a 7-4 wingspan and is a good, if not great, athlete. He played just three games at Memphis due to an NCAA violation involving improper benefits, but Cleveland is no stranger to taking players with limited collegiate experience. Wiseman presents a rim-runner and rim-protector with the potential to develop into a Joel Embiid-type player. He’ll need to add an outside shot first, which was not visible at Memphis. Wiseman is a project, but the Cavs have time to wait, and they need to hit a home run soon. Wiseman may just be the best pitch they’ll see.

Other players like Killian Hayes, Deni Avdija, and Onyeka Okongwu will also be under consideration, provided they’re available. The 2020 NBA Draft isn’t until mid-October, but Thursday night is still incredibly important for the future of this team.