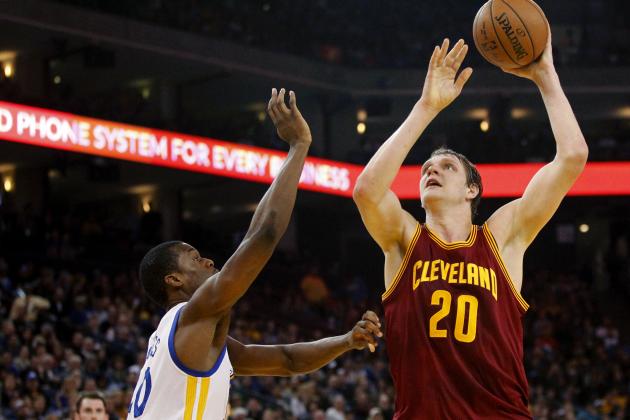 To some, Mozgov’s arrival to the Cavs was the season-saving trade. The Cavs paid a hefty price for the big (2 first round picks), but it was necessary in order to make this team a true contender. Mozgov had been the defensive anchor that the Cavs were looking for after Varejao’s injury. The chemistry that Mozgov developed with his teammates is unbelievable considering that he was put in the starting lineup for his first game as a Cavalier. Since then, Mozgov, along with J.R. and Shump, have helped this ok Cavs team turn into a title contender.

Mozgov is only 28, so he is definitely looking to sign at least one more big contract. It is all but certain that the Cavs will accept the option for Mozgov, so that he has a smaller cap number for next year. The year after, though, Mozgov will probably look to resign with the Cavs. Keep in mind, the Cavs signed Varejao to a 3 year, $30 million extension at the beginning of this season. Mozgov will command more than that, seeing that he is more talented and younger than Varejao.

Look for the Cavs to accept the team option on Mozgov, and wait until next off-season to resign him to a longer, larger contract, somewhere around 3 years, $40 million.

Click “Next” to see who the number two free agent the Cavaliers have to work a deal with this summer!