The Cleveland Cavaliers took a gamble by letting Jamal Crawford walk away to theMinnesota Timberwolves in favor of Cedi Osman. Now, they turn their full attention to Osman, who is currently enjoying watching the team’s Summer League games.

According to a report made by Joe Vardon of Cleveland.com, team officials will make their way to Las Vegas to meet with the 22-year-old Turkish international, in hopes of striking a deal with him soon.

“Osman, 22, is in Las Vegas spending time with the Cavs for two days. He was acquired on draft night in 2015 and has told his team in Turkey — Anadolu Efes — that he wanted to come to the NBA and would pay his $1 million buyout.”

“Without dipping into the mid-level exception, the most the Cavs could pay Osman would be the rookie minimum — about $816,000. Cleveland could trade Osman or send him back to Turkey. Neither option is preferable.”

Outside of his potential addition, the Cavaliers have not made a lot of moves to bring more talent to their roster this summer, mainly due to having less cap space and trade assets. Jeff Green’s signing is an underrated pickup, and if Osman can be added to the Cavs’ fold, fans may start to feel even a semblance of excitement once again.

Osman has played in Turkey the past four seasons, showing promising improvements in his game. However, his averages of 6.6 points and 3.0 rebounds is considered pedestrian at most, which makes many wonder if he is indeed ready to take the next step. 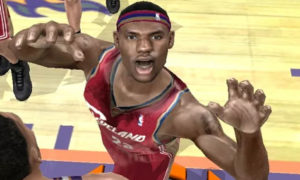