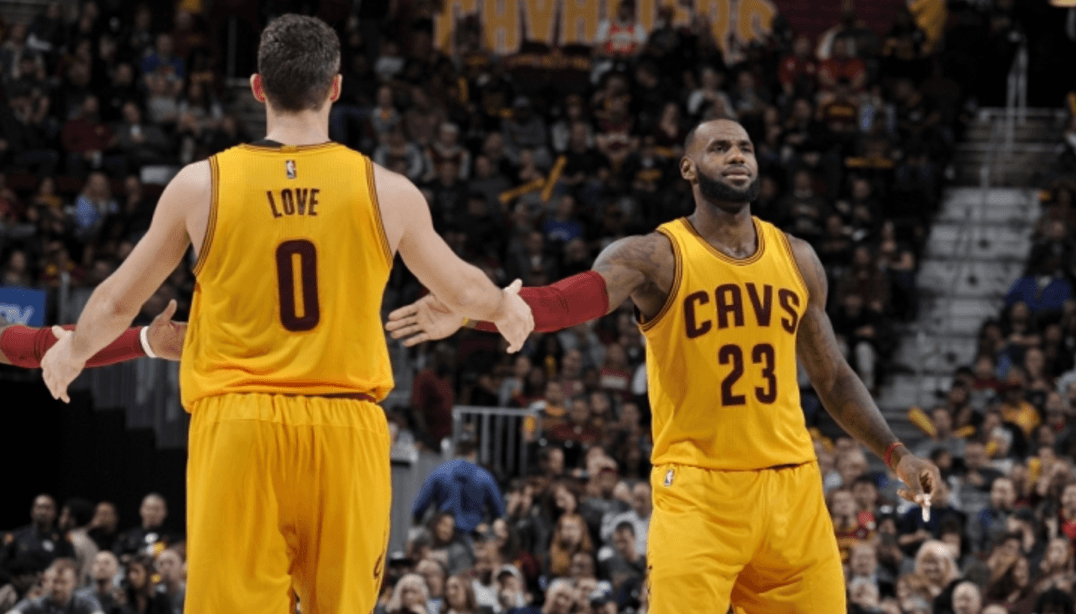 The Cleveland Cavaliers welcomed the struggling Dallas Mavericks into Quicken Loans Arena, as they looked to keep the good times rolling following their big win against the Blazers on Friday night.

Much like last outing, the Cavs started the contest on fire with great energy on both sides of the ball. It was a quarter all about Kyrie Irving, who started the game in an unbelievable rhythm. He was perfect in the first period, and went 7/7 from the field and 4/4 from the three point line. As Kevin Love did the other night, Irving outscored the opposition by himself in the first quarter. He had 19, and the Mavericks could only register 16 points in the period, as the Cavaliers defense was also superb. Throw in LeBron James’ six assists to start the game, and the Cavs were well and truly on their way to a big victory, up 36-16 after one.

The second period was much the same, as the wine and gold continued their assault on the Mavs. The Cavs started the quarter with James, Shumpert, Dunleavy, Jefferson and Tristan Thompson to start the quarter. James assumed the point guard position and went about continuing to run the offense and make plays for his teammates. The Cavs were rolling offensively, but their defense was just as impressive. They held the Mavs to 2/10 shooting from downtown halfway through the second quarter, and Dallas had no answer for the Cavs flowing offensive execution. James found Love in consecutive possessions for three pointers and the Cavs were up by 40 points. It was a demolition job, and the Cavs led by 34 at halftime, 72-38. The big three were unplayable, as they combined for 50 points at intermission. Kyrie Irving was still perfect from the field at the break, he was 8/8 shooting and 4/4 from downtown. The Cavs put up an incredible 72 points at halftime along with a championship calibre defensive effort.

It was going to be a matter of staying professional and respecting the opponent in the second half with the Cavs up big. Irving went 10/10 from the field, and it looked as though he was going to go for a perfect game before missing two tough shots towards the end of the quarter. Kevin Love then found his stroke from three point land again, hitting three straight threes, and the Mavericks couldn’t cut any of that 40 point buffer down. James was in on the action as well, as he continued to collect assists and put in two of his own from downtown. The Cavs opened up their biggest lead of 42 on the night, and took a 41 point advantage into the last quarter, 96-55. The starters then all came out at the end of the third quarter, and their night was done.

The fourth period was purely formalities at that point, with the bench unit able to see some quality minutes. Felder, Dunleavy, Anderson, McRae and Liggins started the period, and they cruised the Cavs to a big win on their home floor, 128-90.

It was another brilliant win for the Cavaliers, who enjoyed their Thanksgiving dinner and got right back to work tonight. They couldn’t take the Mavericks lightly, and they did an incredible job of remaining focused and doing what they had to do to protect home court.

Kevin Love finished with 27 points and 10 rebounds, splashing 7/9 three pointers, Kyrie Irving had 25 points going 10/13 from the field and a perfect 4/4 from three point land, LeBron James had 19 points and 11 assists, Tristan Thompson had 11 points and 12 rebounds, and Jordan McRae chipped in with seven points.

The Cavs move to 12-2 on the season. They now head out on the road as they roll into Philadelphia to take on the 76ers on Sunday in the hopes of keeping the wins coming. 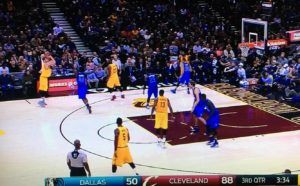