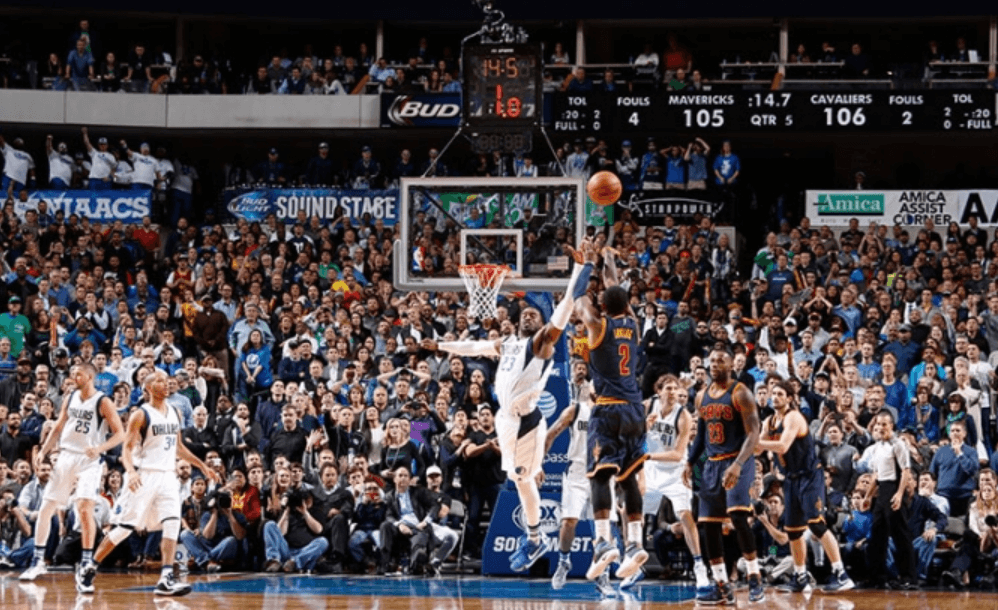 The Cleveland Cavaliers rode a seven game winning streak into Dallas against one of the Western Conference’s most surprising teams: the Mavericks.

The Cavs got off to probably the worst start of the season aside from the Portland Trailblazers game. They were down 0-10 and didn’t score their first basket until the nine minute mark of the first quarter. After a pair of LeBron James’ baskets, Dallas went on a 13-2 run to take a 23-7 lead over Cleveland. It looked like a repeat of the Blazers game the day after Christmas. David Blatt called his second timeout in less than five minutes, and that sparked his Cavs. They ran off 15 straight points and went from down 16 to down 22-23. Mavs’ center JaVale McGee scored for Dallas to break the 15-0 scoring burst and put them up 25-22.

The second and third quarters were back and fourth punches for both teams, and Dallas could get any major separation despite taking number eight and nine point leads.

The fourth quarter saw Cleveland finally take a lead, which was quickly answered by a bucket from the Mavericks. There were 10 lead changes, and Wesley Matthews came to life trying to help the Mavs escape with a victory, but the Cavs had other plans. Down two with 20 seconds left, LeBron James drove hard at the rim and tied the game on a poster dunk over Devin Harris and into overtime, we went.

The overtime session had some big shots made from both sides. Dirk Nowitzki was classic Dirk, making big shot after big shot. Down 103-100 with two minutes remaining, Cleveland was able to score four points before Chandler Parsons scored two for Dallas, and then Cleveland scored another five, capped off by a shot-clock beating, dagger three-pointer from 30 feet by Kyrie Irving with 13 seconds remaining.. Cleveland got the necessary stops on the other end, and won its eighth straight game. 110-107

LeBron James had 27 points, 10 rebounds, and seven assists. Kyrie Irving had 22 points and nine assists. Kevin Love added 15 points, 11 rebounds, and two blocks. J.R. Smith and Iman Shumpert had 10 points and three steals apiece. Matthew Dellavedova had 12 points and five assists, and Cleveland got the boost they’ve been waiting for from Timofey Mozgov. Mozzy scored 10 points, grabbed nine rebounds, got two steals, and a block in 21 minutes off the bench. Mozgov had a plus/minus of +18, behind Delly’s game leading +21.

Cleveland takes on the San Antonio Spurs on Thursday night on TNT in what will be a big test of chemistry and will. 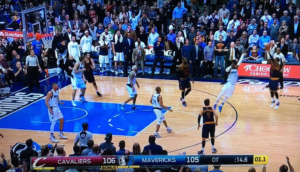