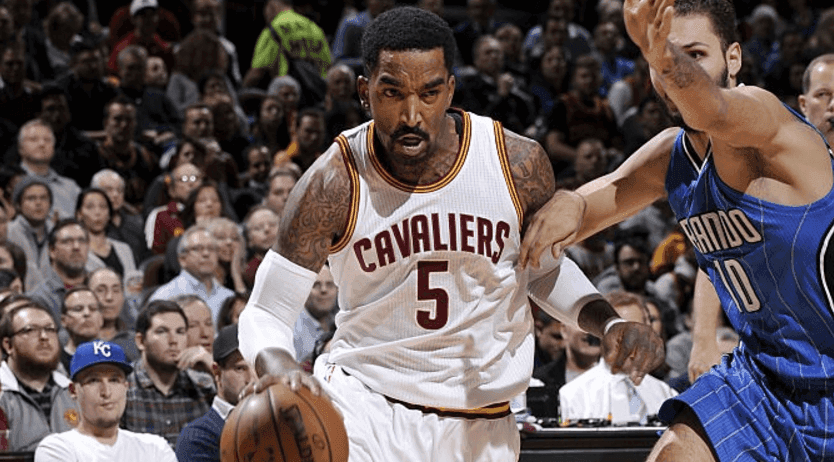 The Cavs survived another slow second half to win tonight at The Q, this time dispatching the Orlando Magic by the score of 105-99. Playing in the second night of a road/home back-to-back, the Cavs showed no signs of fatigue in the first half as they raced out to an early 20-point lead, but struggled to put the game away in the second half before JR Smith came to the rescue late in the fourth quarter. Smith is admittedly still playing himself into game shape after contracts negotiations kept him out of most of training camp, but he was fresh and ready to shoot at crunch time as he nailed three from long range in the final 3:31 of this one.

RELATED: Report: Cavs could trade Jordan McRae, Mo Williams by the end of the weekend

The Cavs started the game white hot on their way to a 33-20 first quarter lead. They were aggressive early, pushing the pace and attacking the basket. LeBron James delivered the highlight of the night in the first quarter when he posterized Orlando big man Nikola Vucevic for an and-one dunk to set the tone for the rest of the first half. The lead reached 20 for the first time at 43-23 as the good guys started the second quarter on a 10-3 run. All ten of those points came from the combination of Kyrie Irving and back up big man Chris Anderson. The Magic didn’t get within 16 points of the Cavs for the rest of the half, and the lead at halftime for the home team was 62-45. At the half, the big three of LeBron, Kyrie and Kevin Love were all in double figures for the Cavs. Kyrie had 13, LeBron had 12 and Love had 11. LeBron was a facilitator as well, dishing out eight first-half assists.

The pace of the game and the Cavs’ ball movement slowed down in the second half, and it almost cost them an embarrassing loss if not for Smith’s late-game shooting. Cleveland only scored 43 second half points, and lost the fourth quarter 37-25. The lead was cut all the way to three on an Elfrid Payton jumper with 3:59 left in the game, just before Smith’s 3-point barrage. Smith added two late free throws to finish the game with 16 points, but more importantly, he scored 11 of those 16 points in the final 3:31 of the game when the Cavs were struggling to get anything to work offensively.

LeBron led the team in scoring and assists in this one with 23 and 9, while Kyrie and Love followed behind with 20 and 19 respectively. Tristan Thompson led the squad with 12 rebounds, and after a bad previous night in Toronto, our bench bounced back with 25 points to provide some spark.

While they struggled to close this one out, the Cavs are still off to a 3-0 start on the season and can be satisfied with that. They are off until Tuesday and won’t have to travel as they await the new-look Houston Rockets and James Harden. If the World Series gets to a Game 6, it could be a very special night in downtown Cleveland.