What the Cavs could look like with Melo or Wade 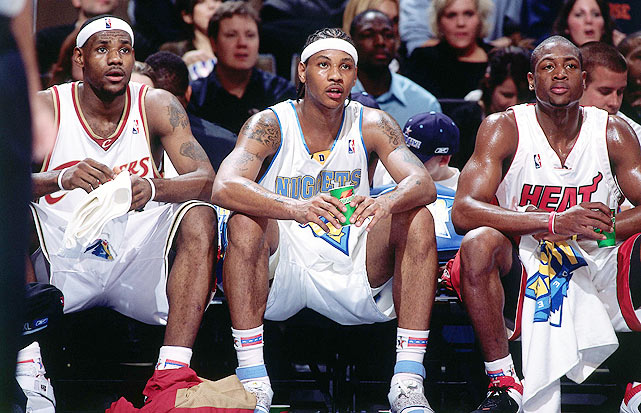 In the 2014-15 season, the Cavs made a trade to get J.R. Smith and Iman Shumpert from the Knicks, a team that won 17 games that year.  The Cavs finished second in the finals that year, but their 53-29 record was a noticeable improvement for J.R. and Shumpert.  In fact, Shumpert has recently been quoted in saying that the Cavs ‘grabbed me out of hell.’  The Knicks have had four consecutive losing seasons with an aging superstar in Carmelo Anthony.  Melo won’t become a free agent until 2019.  However, there have been several rumors of a buyout, with Melo apparently pushing toward the option.

Dwyane Wade is facing a similar situation in Chicago.  The Bulls went 41-41 last season and made it into the playoffs, only to lose in the first round.  They also just traded their superstar, Jimmy Butler, in an attempt to acquire young talent.  A move like this doesn’t exactly suggest that a 35-year old Wade is a part of their future plans.  Wade, like Melo, could be in store for a buyout.

As mentioned above, Melo hasn’t had much success with the Knicks in recent years.  However, he is only four years removed from winning an NBA scoring title.  Could a partnership with LeBron bring Melo back this level of production?  Melo has played with his fair share of talented players, Allen Iverson, Amar’e Stoudemire, and Chauncey Billups, to name a few.  That said, his only experience playing with rosters full of elite talent has come in the Olympics.  Melo has achieved tremendous international success, being United States Basketball’s only four- time Olympian and holding records in numerous categories.  One particular performance that stands out, is his 2012 record setting 37 pt game against Nigeria.

The Cavs would surely be the most talented NBA team Melo has ever been on.  At the very least, he can provide extra help to the offense and call attention from the league’s top defenders.  But, there’s a chance Melo on the Cavs might look a little like Melo in the Olympics and bring unimaginable firepower to Cleveland.

While Wade has had more recent success than Melo, he has also had considerably more injuries.  Wade’s homecoming to Chicago wasn’t exactly as glamorous as LeBron’s to Cleveland, with a first round playoff exit.  However, when healthy, Wade was still able to put up good numbers, averaging over 18 pts a game.  Unlike Melo, the NBA has already seen Wade and LeBron play together.  They accomplished incredible things together in Miami and have loads of chemistry.  Nothing suggests that couldn’t continue in Cleveland.  The biggest question if the Cavs are able to acquire Wade, is if he’ll be healthy enough to play through an entire season and make a difference.

In a perfect world, the Cavs will head into next season with both Wade and Melo alongside LeBron, Kyrie, and Love.  Melo will shoot like the NBA scoring champion he once was, Wade and LeBron will reopen the alley-oop factory, and the team will waltz their way to another finals championship.  Is it all likely?  Probably not.  It won’t hurt to think of all the possibilities, though. 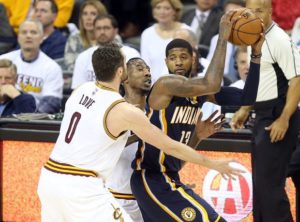 JUST IN: Kevin Love is a star who should play for Cleveland, not trade bait
Related TopicsCarmelo AnthonyCavaliersDwyane Wade