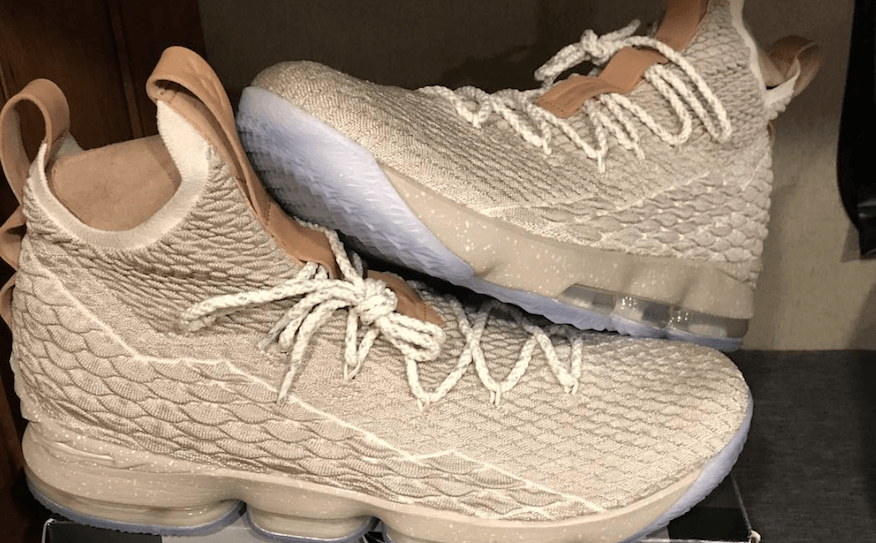 LeBron James was spotted a couple weeks ago wearing a black version of his upcoming Nike LeBron 15 shoe in a pickup game. And on Thursday, the Cleveland Cavaliers superstar posted the latest colorway of his new shoe on his Instagram account.

O My Goodness!!! #LeBron15 #GhostColorway. I can't be more excited about these kicks man!! I'm overly excited about this moment right now in time! More to come soon… #striveforgreatness🚀 #WeAreBack

The colorway, which is called “Ghost,” features a Vachetta Tan and Sail color scheme. Meanwhile, the shoe’s upper construction will be made from Nike’s new BattleKnit technology. It will also have Vachetta Tan leather pull-tabs, a speckled midsole and an icy translucent sole.

This new colorway of the LeBron 15 shoe feels like a departure from his previous signature shoes in that it looks a lot more stylish and leaning more toward an off-court, lifestyle sneaker than a pure on-court basketball sneaker.

The shoe’s more aesthetically-pleasing design should help spread its appeal beyond the Cavs forward’s loyalists who will buy the new shoe because it has his name on it.

The Nike LeBron 15 “Ghost” is set to be released sometime in October with a retail price of $185. 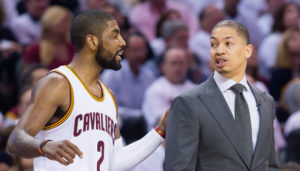