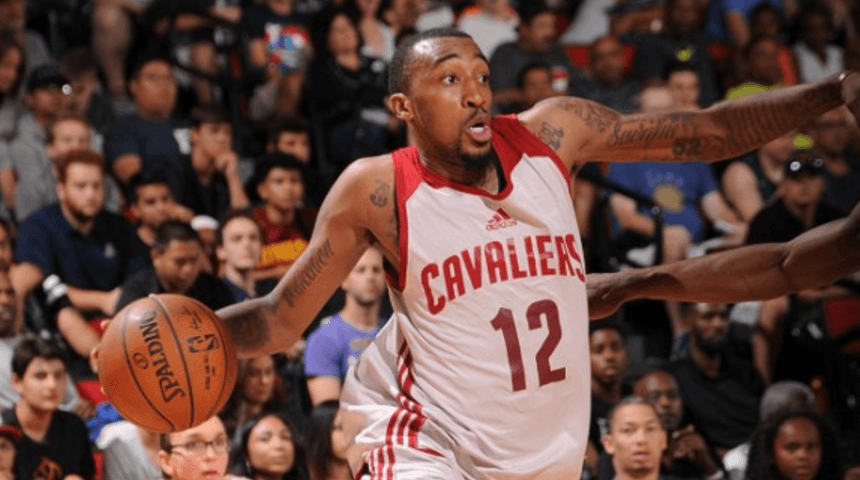 After besting the Boston Celtics in their first game of this year’s Samsung NBA Summer League tournament on Wednesday night (98-94), the Cleveland Cavaliers were set to face the Los Angeles Lakers inside Thomas & Mack Arena for a Thursday night show-down in the steamy Las Vegas desert.

Both teams came out a bit off the mark in the opening minutes of this one. However, Los Angeles managed to jump out to an early 14-5 lead behind solid post-play from Ivica Zubat and Akron native Larry Nance Jr.

A 12-2 Cavaliers run set the stage for a come-back in the closing minutes of the first quarter. After ten minutes of play, Jordan McRae’s 14 points had the two teams locked at 21.

As the minutes of the second quarter ticked away, Los Angeles ramped up their offensive intensity. Fairly strong outside shooting had the Lakers taking a 12 point advantage near the mid-way point of the quarter. Heading into the locker room, this one seemed to be getting away from the Cavs, as the Lakers held a 16 point lead (52-36).

After the break, the Cavs went on a 14-5 run of their own to cut the Lakers lead to seven. As the two sides battled, improved defense and strong drives from Jordan McRae brought Cleveland within three points at the two minute mark of the quarter. Heading into the final ten minutes of play, Los Angeles was clinging to a two point lead (67-65).

In the opening minutes of the final quarter, both sides seemed to play with a heightened sense the urgency. At the eight minute mark of the fourth, Cleveland tied the game at 68.

The war raged on into the closing minutes of the game. Jordan McRae wasn’t going to let the Cavs go down easy. McRae led Cleveland to a three point lead at the five minute mark and never looked back. As the final horn blew, the Cavs had completed the 19 point come-back and defeated the Lakers (88-80).

Tonight’s game ball goes to Jordan McRae. His 36 points and nine rebounds in 34 minutes drove the Cavs to their come-from-behind victory. McRae has now scored 68 points in his last two outings.

Jordan McRae's 33 points Wednesday night was a summer league high for this season. He broke his own mark tonight with 36.

With their win tonight, Cleveland advances to the quarterfinal round of this year’s summer league tournament. Tune in Saturday night as the Cavs take on the Brooklyn Nets at 10 PM EST inside the Thomas & Mack Center.

Click “NEXT” to see all the highlights from today’s MAJOR upset! JUST IN: VIDEO: Jordan McRae Lights Up D’Angelo Russell And The Lakers