Cavs, Kyrie Irving Not Optimistic About Irving’s Status For Game 2 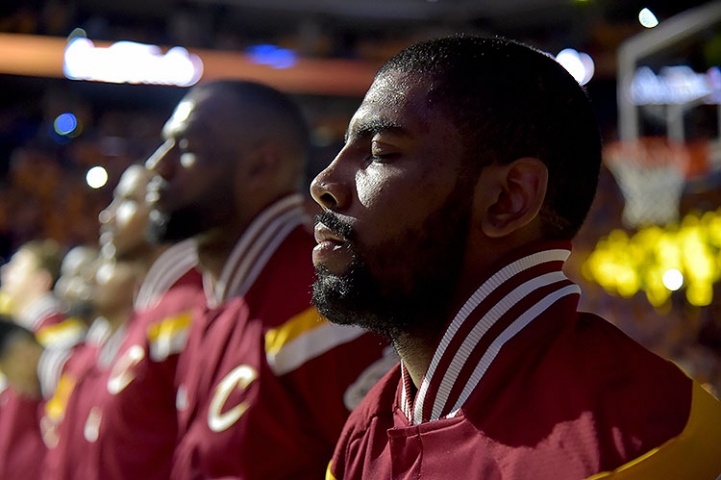 Kyrie Irving had eight days to rest his left knee and sprained right foot after the Cavs swept the Atlanta Hawks in the Eastern Conference Finals. Although his progress was slow, Irving seemed to be headed in the right direction.

Unfortunately, Irving suffered another injury to the left knee during the overtime session of Game 1 of the NBA Finals, this being his third time injuring it. With the shot-clock winding down in the overtime session, Irving drove past Klay Thompson, but slipped, bumped knees with him, and limped his way back up the floor until the stoppage in play.

Here’s the play that Irving injured himself on:

Irving had played exceptionally well considering all the question marks about his status ahead of tonight’s game. Irving finished with the phenomenal stat line of 23 points, seven rebounds, six assists, four steals, and two blocks in 34 minutes of action.

As of Thursday night, nothing has been confirmed, but the team’s doctors’ initially said that Irving had no ACL/MCL tear, but the MRI will help clear things up for Irving and the Cavs.

After the game, Irving spoke with reporters about how his knee was feeling and his questionable status for Game 2.

According to Chris Haynes of the Northeast Ohio Media Group, Kyrie Irving is scheduled to have an MRI sometime Friday to figure out what exactly the issue with Irving’s knee. Haynes also reported That Irving could not exit the arena without crutches, which isn’t a great sign in regards to his availability.

Kyrie Irving is exiting the arena on crutches.

Sam Amico of Fox Sports tweeted out his own personal thoughts on the injury. We should note again that nothing has been confirmed, but Amico has spent a lot of time around Irving in the Cavs this season.

Getting the sense that Cavs believe Kyrie Irving (knee) is done for Finals. Not official, just a vibe. Again, MRI is Friday.

David Blatt gave his own opinion on Irving’s injury after the game.

David Blatt said he believes it was a non-contact injury for Kyrie Irving. The aggravation did not come from colliding with Harrison Barnes

When asked about his initial thoughts and level of concern for Irving, who’s been struggling with injuries this whole postseason

Stay tuned for more on the Cavs as we’ll break the news to you tomorrow. 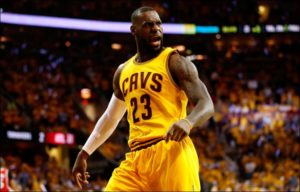 JUST IN: The Best Plays From The Cavs Run To The Finals
Related TopicsCleveland CavaliersGolden State WarriorsInjuryKyrie Irving