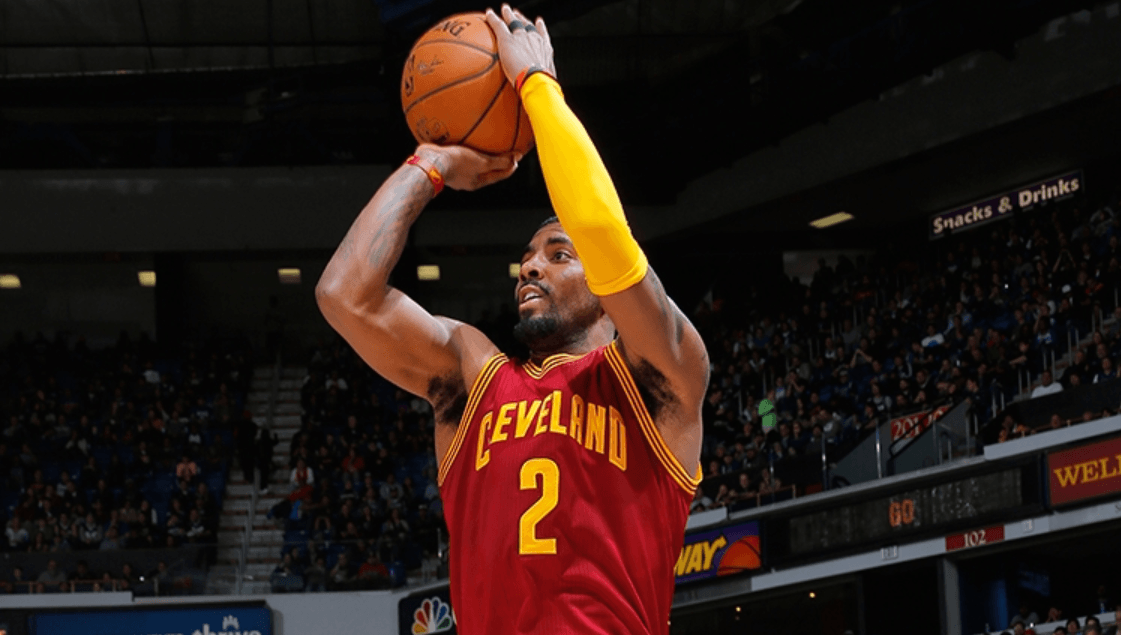 The Cavs found themselves down by double figures in the second half again, but tonight in Sacramento they pulled together and earned a hard fought come-from-behind win against the Kings by the score of 120-111.

The Cavaliers held a 28-25 lead after the first quarter, but did not shoot or defend particularly well. The team only racked up three assists and shot just 11-26 from the field in the opening twelve minutes. They pushed the ball up the floor like they wanted to, but didn’t get the easy baskets that would have helped them pull away with a bigger lead. For the quarter, the Cavs frontcourt of LeBron, Kevin Love and Tristan Thompson combined for 20 points and 10 rebounds.

The cold shooting continued for the Cavs to start the second quarter, and the Kings took advantage of it. They started the quarter on a 21 – 12 run, taking the lead away from the Cavs. They got into the paint and got the shots they wanted throughout the first half, on their way to 56% shooting overall, and 5-11 from behind the arc. For the half, the Cavs only shot 40% from the field, and just 5-20 from the 3-point line. Kyrie Irving led the way with 12 points for the Cavs in the first half. Kevin Love and LeBron each had 11. DeMarcus Cousins and Rudy Gay each had 12 points in the first half for the Kings. The poor effort in the second quarter led to a 60-54 halftime deficit for the Cavs.

The third quarter started just like the second quarter ended, and the Kings scored 5 quick points to push the lead to 11, the biggest of the game for Sacramento. Coach Tyronn Lue called a timeout within a minute of play in the third, and the team seemed to get the message. They immediately went on a 10-1 run to pull back to within 2 points. They continued to push the pace and worked hard on both ends to force difficult shots for the Kings, and to get easy shots of their own. Kyrie finished the quarter on his own personal 8-0 run and the Cavs took an 89-84 lead into the final frame.

The Cavs went on a 13-4 run midway through the fourth to take their biggest lead of the game at 109-100. The Kings kept it interesting though, coming back with their own 8-0 run to bring the lead back down to just one. The game was only in hand once Kevin Love connected on his first 3-point basket of the game, and added a free throw to make it a four-point play and push the lead to 7 at 115-108. Another JR Smith bomb pushed the lead to 10 with just a minute left, and the Cavs held on for the win from there.

Kyrie Irving led the offense with 30 points and 4 assists. Each member of the starting frontcourt tallied a double-double: LeBron had 25 points and 11 rebounds, Tristan Thompson had 18 and 15, and Love finished with 17 and 10. JR Smith rounded out the double-digit scorers with 15 points.

The Cavs will travel to LA to take on the Lakers tomorrow night in their final match up against Kobe Bryant. 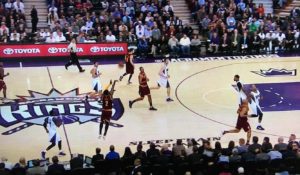