Cavs Kevin Love listed as questionable for matchup against Suns 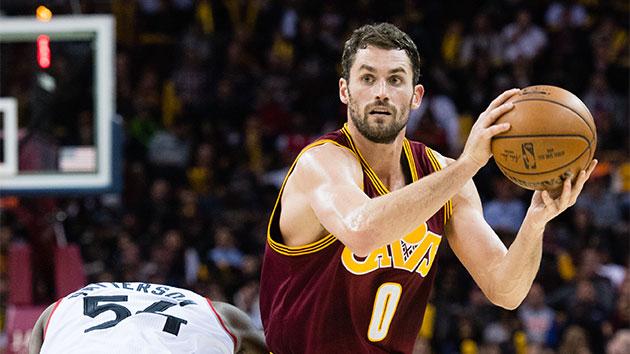 As the NBA’s defending champion Cleveland Cavaliers prepare for their upcoming game against the Phoenix Suns on Thursday night inside Quicken Loans, one member of the team is trying to recover from a touch of back soreness.

Kevin Love exited Cleveland’s game against the Golden State Warriors on Monday night late in the second quarter and did not return to play. The 6’10” power forward recorded just three points and three rebounds in what turned out to be Cleveland’s biggest loss of the season.

Not sure how he’s going to feel tomorrow but he did a partial practice,” Cavs coach Tyronn Lue said.

Vardon also reports that Love did not take any contact in today’s practice, but did participate in a shooting drill with Channing Frye and James Jones.

Love has only missed a total of four games this season – two due to a minor knee issue and one due to food poisoning. On the season, Love is averaging 20.7 points and 10.8 rebounds. Needless to say, Kevin Love plays a major role in the effectiveness of Cleveland’s on-court schemes, both offensive and defensive. Having the next two games at home should aid in any recovery that needs to be made.