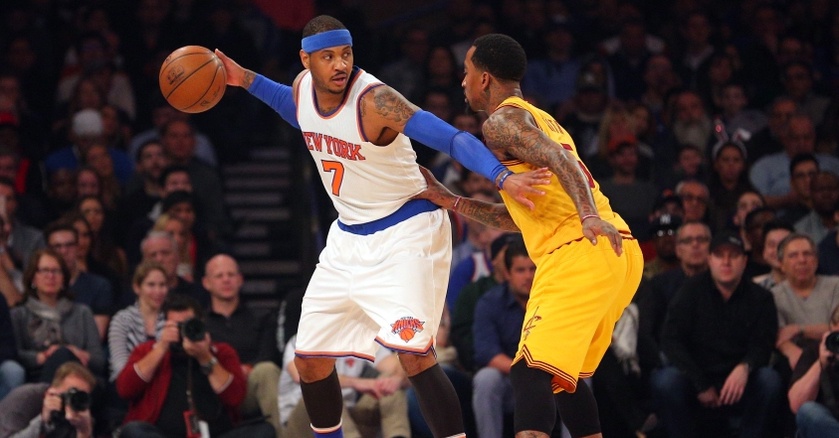 Earlier this week, it was revealed that LeBron James had recently taken part in a pickup game in Brooklyn at the Life Time Athletic at Sky to play along with fellow stars Carmelo Anthony and Kevin Durant.

It has brought more attention toward the various offseason workouts that Anthony has participated in this summer with nearly all of them featured him donning a hoodie as he played on the court. In light of that, Cleveland Cavaliers guard J.R. Smith, who is his former teammate with the New York Knicks, stated that he believes “Hoodie Melo” is an unstoppable force on the court.

I asked JR Smith abt the hoodie: "hoodie Melo doesnt play with a conscience. Regular Melo has a guard up, both great but I like hoodie Melo"

In the workouts that Anthony has posted on Instagram, his performance is proved to be quite impressive. He also put that on display in the pickup game with James and Durant knocking down just about every shot and getting to the rim with ease.

Granted, he was playing with just a few of fellow NBA players, but he was performing very well in that format. It looks like he goes into the zone when he’s on the court wearing his hoodie with scoring his being his goal. In fact, Carmelo Anthony looks like a completely different player that has plenty left in the gas to play at an elite level.

If the Cavs were to somehow still acquire Anthony, they would be adding a player that certainly has plenty left to offer on the court.