Cavs news: Isaiah Thomas may be out three to four months if surgery is conducted 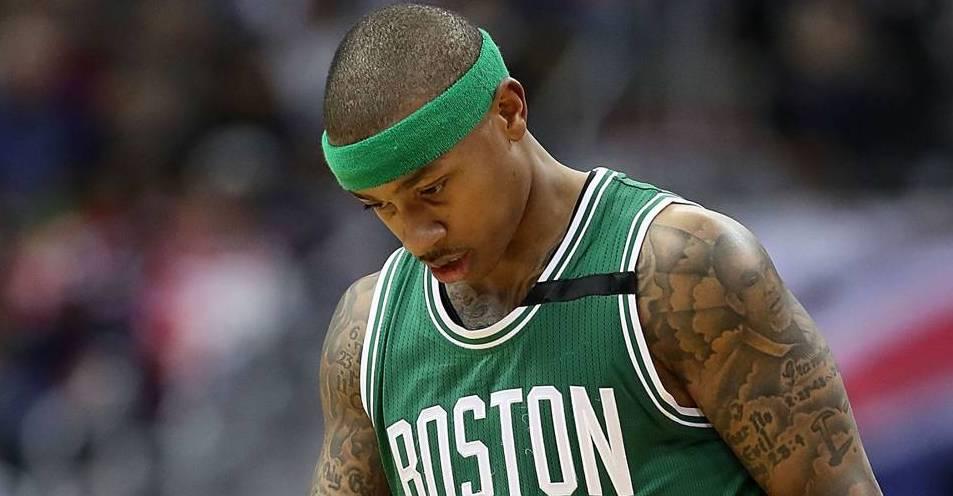 The basketball world was taken by surprise when the Cleveland Cavaliers and Boston Celtics took part in what can be called a “mega” trade. As a result of this deal, the Cavaliers acquired Isaiah Thomas, Jae Crowder, Ante Zizic, an unprotected 2018 first rounder from the Brooklyn Nets, and a 2020 second round draft pick from the Miami Heat, while the Boston Celtics acquired Kyrie Irving.

However, with Isaiah Thomas battling a hip injury suffered from last season’s Eastern Conference playoffs, the question remains when the spitfire guard will be back for the Cavaliers this upcoming season.

In an article by Gary Washburn for The Boston Globe, orthopedic surgeon Derek Ochiai offered an explanation for why this injury may be a serious one, requiring a long period of time to recover:

Orthopedic hip surgeon Derek Ochiai offered potential scenarios for Thomas in his return. “When you have a labral tear from impingement, that means that the way that Isaiah Thomas’s hip is shaped, it’s shaped in a way that’s not round,” Ochiai said. “In certain positions, his hip is not round on round. That’s why it’s called impingement, the bone will impinge because it’s not a round-on-round joint. Once you tear your labrum from that, that’s the most common cause of labral tears in any athlete, that tear is not going to heal. It’s always going to be torn, the question is how do you treat that? “And there are some high-level athletes who are playing professional sports right now who have labral tears from impingement who are doing fine.”

According to Ochiai, surgery would likely keep Thomas out three or four months. “Sometimes it’s longer, but in general three months,” Ochiai said. “I’ve done some high-level athletes that have come back quicker. It all depends on what the gliding cartilage looks like.”

A major concern for the Cavaliers is whether Isaiah Thomas can still return to his high level of play from last season, as he recovers from his injury. He proved himself as a force to be reckoned with last season, as his scoring and passing capabilities led the Boston Celtics to the number one seed in the East and conference finals, eventually losing to the Cavs.