Cavs news: Isaiah Thomas says he’ll get what he deserve in free agency 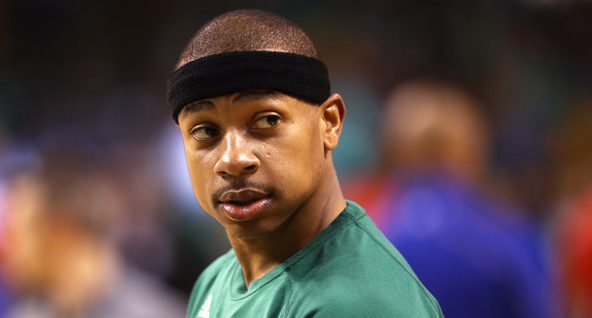 It has been quite the offseason for new Cleveland Cavaliers point guard Isaiah Thomas. After finally proving himself as a legitimate star in this league, his lingering hip injury leaves speculation as to whether he will be able to return to his peak form.

His performance this upcoming 2017-18 NBA season will likely determine if he gets a max contract next summer. For Thomas, he is confident that he will get what he deserves when free agency comes next year, according to A. Sherrod Blakely of CSNNE:

“When that time comes, free agency comes, I’m going to get what I deserve, get what I earned,” said Thomas. “That’s just what it is and we’re going to go from there.”

Following his departure from the Boston Celtics, Isaiah Thomas decided to part ways with his agent — a surprising move considering his free agency status after this season. With that said, the Cavs may use this year as a trial run to see how well Thomas can coexist with forwards LeBron James and Kevin Love.

However, there is still no timetable set for his return to the hardwood. If he does manage to play as well as he has in recent years, then it will be difficult for Cleveland to match any lucrative offers Thomas will receive come next free agency period. JUST IN: Cavs news: Jae Crowder told his mother about trade, five minutes before she passed away
Related TopicsCavaliersIsaiah Thomas