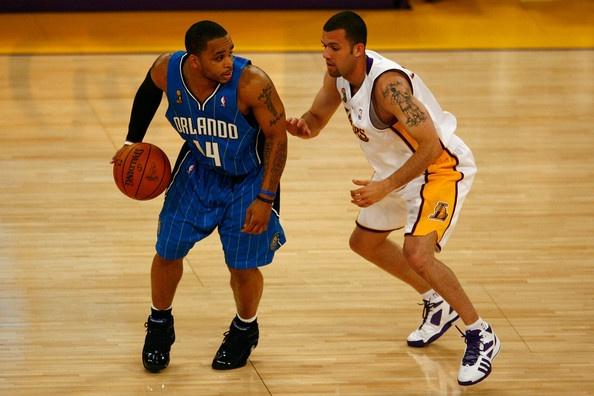 Today, as the NBA’s defending champion Cleveland Cavaliers prepare to host the Minnesota Timberwolves inside Quicken Loans Arena at 7:00 p.m. EST, several former and current players will work out for the team in hopes of inking a deal.

As most of you know, the Cavs have been looking for a viable backup point guard to run their offense off the bench. Quite a few names have surfaced with regards to whom the champs might be interested in, including Mario Chalmers, Norris Cole, Jameer Nelson, and Jarrett Jack. Now, Jordan Farmar‘s name can be can be added to the list.

Free agent point guard Jordan Farmar will be among those working out for #Cavs on Wednesday, per @ChrisBHaynes of ESPN.

Farmar, 30, will be among the players visiting Cleveland today for a workout. The former UCLA stand-out and 26th overall selection in the 2006 NBA Draft last played for the Sacramento Kings, but was waived on November 7th. The 6’2″ point guard has career averages of 7.7 points and 2.9 assists over the course of his 504 regular season games. The Cavs are likely interested in Farmar’s ball-handling and three-point shooting skills (37.4% career 3PFG).

Report: Cavs still interested in trading for Carmelo Anthony, but not for Kevin Love

As it was reported yesterday, Kirk Hinrich, Lance Stephenson, and Chalmers will also be in attendance at today’s workout. According to multiple sources, Baron Davis is reportedly interested in participating today as well. Who the Cavs might choose can only be speculated on at this point, but it’s safe to say the ball is rolling.