Cavs have ‘inside track’ on acquiring Carmelo Anthony 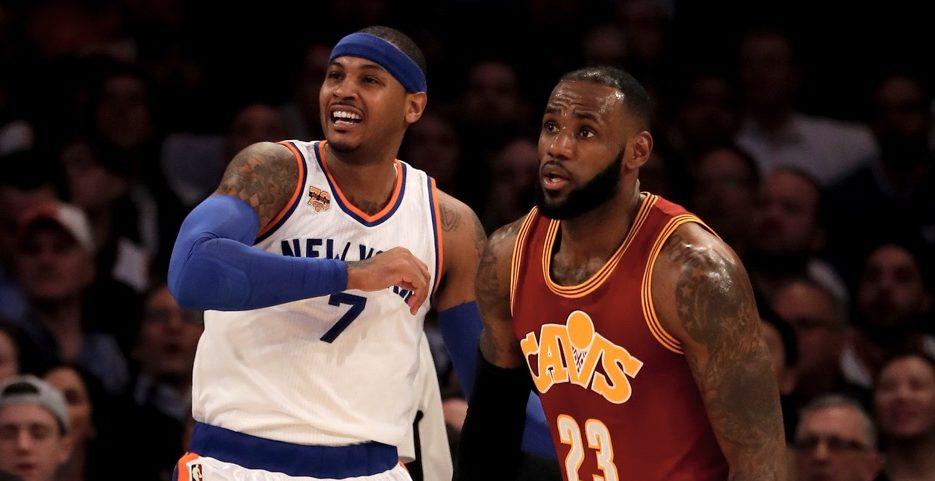 The Cleveland Cavaliers have long been rumored as among the top landing spots for New York KnicksAll-Star forward Carmelo Anthony.

This chatter has only heated up since the start of free agency, with the Knicks making a stronger push to moving on from Anthony. According to Sam Amico of Amico Hoops, there is a belief that the Cavaliers hold the upper hand in the pursuit of the 33-year-old.

An NBA general manager who is not affiliated with the New York Knicks, Houston Rockets or Cleveland Cavaliers told Amico Hoops on Monday he thinks the Cavs “have the inside track” for Carmelo Anthony.

Amico Hoops spoke via text with the GM, who is attending the NBA summer league this week in Las Vegas.

“I think (Cleveland is) where he wants to be most, because it’s a guaranteed trip to the Finals,” the GM said. “Houston and New York aren’t.”

The Cavaliers do provide the Anthony with the best chance to win his first NBA title given that they have been the unquestioned top team in the Eastern Conference coming off three straight trips to the NBA Finals. It also gives him an opportunity to join forces with his close friend LeBron James.

On the other hand, the Houston Rockets have also been rumored to be a strong possible destination for the 10-time All-Star since the acquisition of Chris Paul, who is another one of Anthony’s closest friends in the league. However, the Rockets currently lack the assets to work out a deal with the Knicks and would likely need to find a third team to help facilitate a trade.

This may all lead to an increased push in the coming weeks from both the Cavaliers and Rockets to work out a deal to land Anthony.