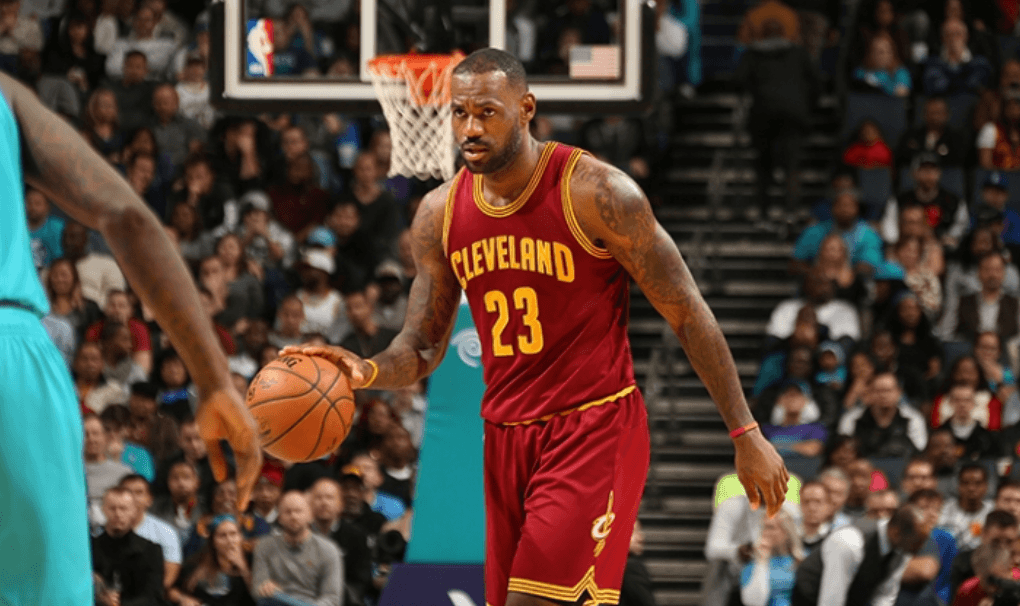 The Cavs ended their 3-game road losing streak tonight, defeating the Charlotte Hornets by the score of 95-90. The team finally finished a game with the same grit and tough defense that fans saw in last year’s run through the playoffs. Cleveland held Charlotte, which had averaged 107 points per game since their 0-3 start, to 14 fourth quarter points to seal the win. J.R. Smith was held scoreless in the first half, but came alive scoring seven critical points in the final 12 minutes to finish the game with 11.

The Cavs got off to a slow start in this one, shooting only 8-22 in the opening quarter. To make matters even worse on the offensive end, only one of their eight made field goals was assisted. The energy was low, but fortunately for the team, the Hornets were just as cold, making only seven of their 20 attempts. The shooting wasn’t much better in the second (7-17) but the Cavs were able to draw fouls early in the quarter and score frequently from the charity stripe. The Cavs didn’t make their first three-point shot in this one until the 6:05 mark of the second quarter. Kevin Love and LeBron James led the Cavs in the first half with 13 and 10 points, respectively. Timofey Mozgov chipped in eight first half points, playing in his first action since missing time with a shoulder injury.

The third quarter started much like the first for the Cavs, as they were only able to put the ball in the basket twice in the first five minutes of the second half. LeBron James took it upon himself after that to bring the Cavaliers’ energy back to where it needed to be. He made a driving layup, two consecutive threes, and a ferocious and-one dunk all in the final half of the third quarter. He was being guarded by P.J. Hairston in the third quarter, and it seems as though he felt disrespected by the assignment given to the young Hornets swingman. With a better defender like Nicolas Batum on the court, the matchup was questionable, and James made sure to stare down the youngster to let him know he couldn’t guard him. Even with the efforts of James, the Cavs were still down by four heading into the fourth, but that’s when the defense stepped up.

The Cavs held Charlotte to 6-22 shooting in the fourth, while only sending them to the free throw line on one occasion. They also forced separate dry spells of four minutes and three minutes holding the Hornets without a field goal entirely. The defense looked somewhat like the defense that was the late-game calling card of the Cavs in the playoffs last year. They forced difficult shots, were physical without fouling, and limited the Hornets to one shot on almost every possession.

If the toughness and mindset of the Cavs were questioned during their players-only meeting earlier this week, then the fourth quarter was a strong answer to those questions. There is still plenty of work to do, but the team dug deep and grinded out a win by getting stops in the fourth quarter. The offense came from the familiar duo of LeBron James (25 points, 13 rebounds) and Kevin Love (18 points, 16 rebounds), while the toughness and grit on defense was spearheaded by Matthew Dellavedova and Tristan Thompson, not to mention a strong defensive effort off the bench from Richard Jefferson.

This one was a solid road win that was very much needed to show positive growth in this early part of the season. The Cavs’ record improves to 12-4 with the win, with no rest before tomorrow night’s home contest against the struggling Brooklyn Nets. 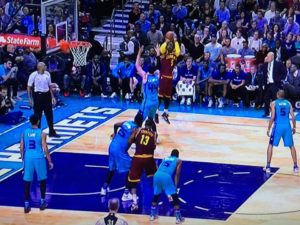 JUST IN: VIDEO: J.R. Smith Puts Rookie Frank Kaminsky On The Spin Cycle With This Move