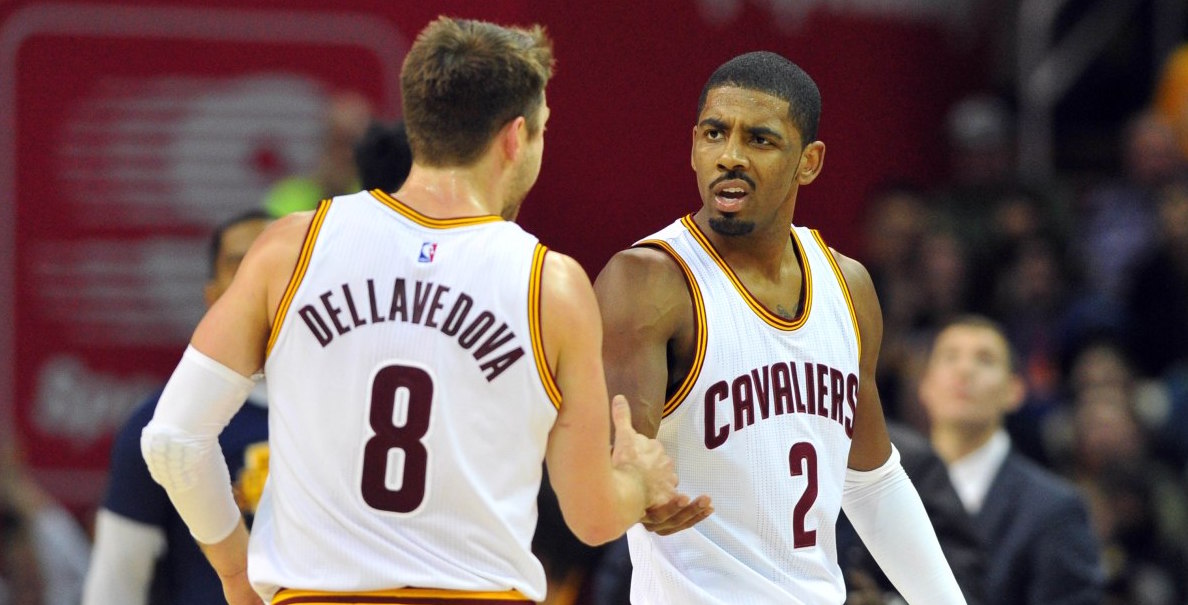 When news broke last week that Kyrie Irving had requested a trade from the Cleveland Cavaliers, the entire NBA landscape was set ablaze with nonstop speculation, reports, and opinions. Irving is apparently not content playing second fiddle to LeBron James, and isn’t happy with how involved James is with the organization. But is that really the whole story? Will the Cavs actually trade Irving? And what sort of return could they get for him?

Windhorst: Kyrie sees himself as a Kobe type player but there are certain people that believe he is more like a Stephon Marbury type player

This is a pretty damning report. If Kyrie truly believes that he is a Kobe Bryant-like player, then it’s essentially impossible for he and LeBron to coexist any longer. Bryant was the definition of an alpha dog on the court, and Kyrie won’t be able to replicate that while playing with LeBron. James has his hand in everything, which doesn’t allow another alpha like Kyrie much room to operate.

Irving technically plays the PG position, but LeBron James is the Cavs’ primary ball handler. He brings the ball up the court. He directs the offense. He runs the plays. The team is built around him, and that’s why they fall apart when he sits, even when Irving and Love remain on the floor. James is the player that takes the shots in crunch time, and Irving wants to be that guy. He simply can’t do that while in Cleveland, playing along with LeBron James. Irving wants to be “the guy” on his own team, and is fed up playing Robin to LeBron’s Batman.

The problem for Irving is, he doesn’t have a say in the matter. His contract does not include a no trade clause, which means he cannot dictate who he is traded to. The Cavs hold almost all of the cards, because Irving is just 25 and still has 2 years left on a team friendly deal. His trade value is sky high, much more than the likes of Paul George, Jimmy Butler, and DeMarcus Cousins.

The Cavs will trade him, because he asked. He no longer wants to play for this team, and keeping him will only lower the morale of the team around him.

Zach Lowe of EPSN reports that “The Cavaliers are projecting confidence they can snare a king’s ransom for Kyrie Irving, and more than that, they are acting — for now — as if a trade is almost inevitable, and that there is little chance of salvaging their relationship with him, according to several sources familiar with the situation.”

The Cavs know they need to trade him, but they also realize that his value is very high, and that they will be getting a very good package in return. One example could be a trade with the Phoenix Suns:

It’s doubtful that the Suns would accept this deal, but it’s at least a starting point. Bledsoe is a very good point guard who goes unnoticed due to the saturation of the position throughout the NBA. He’s 27 years old, 6’1” 205 lbs. He is a solid scorer, a good floor general, and solid defender. In 33 minutes per game last season, he averaged 21.1 points, 6.3 assists, and 1.4 steals, while shooting 43% from the field and 34% from 3. Bledsoe is not quite the offensive threat that Irving is, especially from 3, but he is a better all around point guard, as he is a better playmaker than Irving, and his defense far surpasses Irving’s. Despite not being the most durable player, Bledsoe is likely the best available replacement for Irving, and may end up being a better fit for Cleveland. He shares LeBron James’s agent and is friends with him. Offense is not the reason why the Cavs lost to Golden State this past season, so losing Irving’s scoring wouldn’t be too harmful, and adding significantly better defense and playmaking ability could be a net positive.

But a Bledsoe for Irving swap wouldn’t get it done for the Cavs. Jackson may be difficult to pry from the Suns, but the Cavs should at the very least attempt it. Jackson, the 4th overall pick in the 2017 NBA draft, is an ultra athletic wing who plays defense. His 3 pointt jump shot isn’t quite there yet, but his potential is Andrew Wiggins-like.

Another scenario is a 3 team trade with the Suns and Knicks.

Something like this may work. The Cavs get their Irving replacement, finally add Melo, and get a good backup center.

Phoenix acquires a young PG prospect that fits their rebuild timeline much better than Bledsoe, a solid 3 and D wing, another developmental PG in Felder, and a first round pick.

The Knicks get a star to play next to Kristaps Porzingis, along with Channing Frye’s expiring contract.

Even if neither of these deals materialize, the Cavs will be getting a good return for Irving. They should try to trade him as soon as they can, but shouldn’t panic and settle for a lesser offer.

It will be very interesting to see what happens with the situation over the next few days, but the bottom line is that the Cavs need to come out of it a better team. 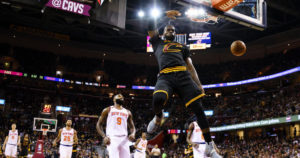