FULL HIGHLIGHTS: Cavs Fall To Heat In Much Anticipated Rematch, 92-106 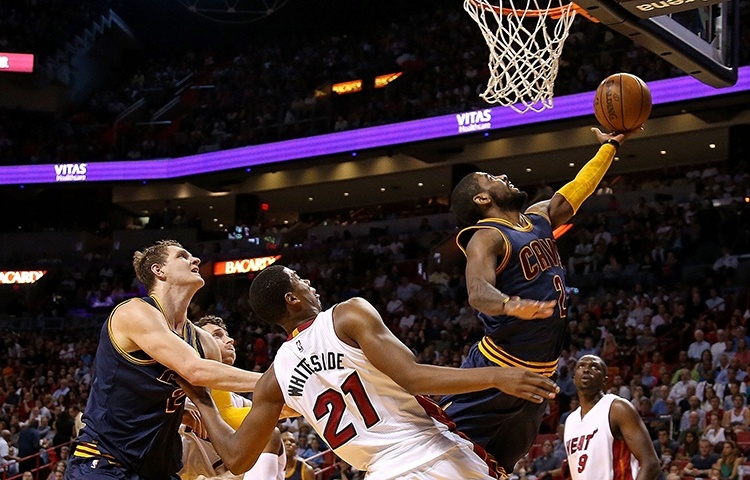 The Cavaliers ended their four-game road trip in ugly fashion as the Miami Heat blew them out of the South Beach waters 106-92. From the moment the ball was tipped, the Cavs didn’t have the energy-level that they are accustom to display on a nightly basis. They were sloppy, sluggish and unenthusiastic, while the Heat played like this was a playoff game.

Dwayne Wade was vintage 2006 Flash as every tool in his bag, from his mid-range jumper to his perimeter defense, was on the entire night. Aside from Wade, the Heat got 20 points and nine assists from Goran Dragic, 16 points apiece from Hassan Whiteside and Mario Chalmers and 11 points from Luol Deng.

Tonight was a complete team win from the Heat as they appear to relish the opportunity to play LeBron James. James, who finished the game with 26 points, appeared to be disinterested. Whether it was his knee injury that he suffered last night against the Magic or he just simply had an off night, James played poorly. Most of his 26-point performance came in garbage time in the fourth quarter. Kyrie Irving, who came into tonight’s game shooting 12-13 from 3, was a measly 2-7 from the arc and finished with 21 points.

The absence of Kevin Love, who was out for the second straight game due to rest, was huge for the Cavs’ floor spacing and aside from the occasional highlight one-on-one scoring plays from James and Irving, got nothing from the rest of their role players.

Overall, this was a successful road trip for the Cavs as they went 3-1 and had a regular season game for the ages against the Spurs. With the 2nd seed in the East a lock for the Cavs at this point and zero chance at catching the Hawks for the No.1 overall seed, the Cavs have to take this time to knock all the cobwebs out before the playoffs.

The Cavs have a good chance of playing the Heat in the first round, and as fun-loving as James and Wade interactions with one another are in the regular season, that will all change come the postseason. The Cavs wanted nothing more than a playoff series with the Heat when James took his talents to South Beach but were unsuccessful to make the playoffs. Now, the Heat are on the same revengeful mission the Cavs were on for the past four years.

After the game, David Blatt set a goal for the Cavs by season’s end:

David Blatt sets team's goal for end of the season in no uncertain terms: "We got to finish in 2nd place"

The Heat may have won the battle tonight, but in this rivalry, the war has only just begun. The Cavs return home to play the Nets on Wednesday night. 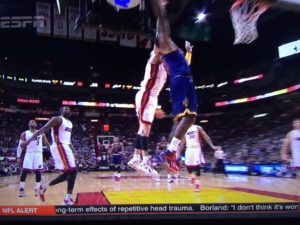 JUST IN: VIDEO: LeBron James Throws It Down Over Chris Andersen On Fast Break