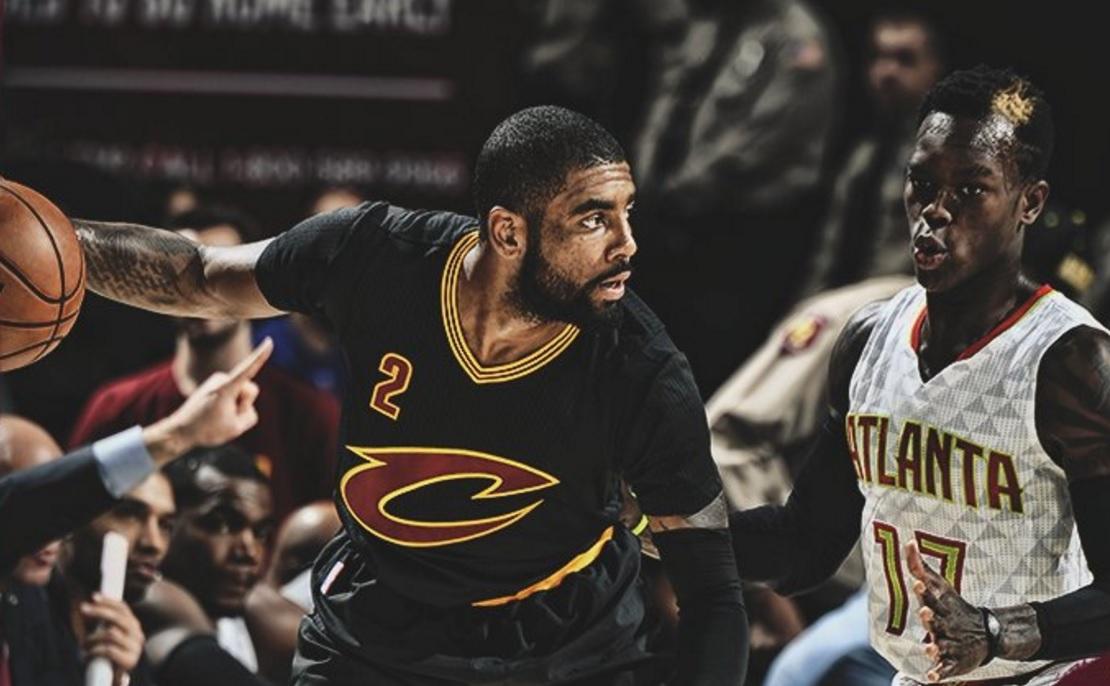 The Atlanta Hawks have come into Quicken Loans Arena and broken the unbeaten streak of the Cavaliers to start this season. After a lackluster first half, the Cavs were playing catch up the whole game, and didn’t have enough to overcome a hungry Hawks team.

The sluggish affair started in the first quarter, as both teams were slow out of the gate. Missed shots and an abundance of fouls plagued the first period, as there was no rhythm in the game. Both teams found points hard to come by, and after a slight delay as Hawks center Dwight Howard left the contest due to a cut on his lip, it was a lifeless first quarter. Fittingly, both teams finished the period locked at 21 apiece.

The start of the second period continued the trend. Both teams traded baskets early, and as the game was dead even at 27, Iman Shumpert went on a personal five point run sparking the crowd back into life. His three pointer, theft, and layup along with a Kyrie Irving mid-range jump shot saw the Cavs open up a brief five point gap. Howard then re-entered the game, and the Hawks took control right back almost immediately. They scored 11 straight to go back up by seven, and it seemed there was a lid on the Cavaliers basket. They were painfully out of rhythm. They couldn’t run in transition, and absolutely nothing was falling from downtown. Conversely, the Hawks were hitting their shots and were 7/16 from three point range at halftime. The Cavs continued to try and shoot their way out of the slump but to no avail, as they went 4/19 from three in the first half, and 2/14 on threes in the second period alone. A strong end to the half by the Hawks included a 24-8 surge, and they saw themselves up 52-42 at halftime. LeBron really struggled in the first half, and had just two points at the interval.

If things were going to turn around, they needed 23 to have a big second half, and he delivered in the third quarter. Sensing his team needed him, he went into full takeover mode. But despite his efforts, the Cavs couldn’t keep speedy guard Dennis Schroder out of the paint. He was getting to the rack seemingly every time down the floor to lay it in. LeBron then lifted another gear again with a three point play and big three point make, which saw the lead cut to 10. The Cavs turned up the heat defensively, and momentum shifted as Kyrie blocked another Schroder layup attempt out of bounds, and it seemed the tide was turning for the wine and gold. A little flurry from the Hawks saw them regain a nine point advantage, but LeBron wasn’t going to let the contest get away from the Cavs again. He continued his assault, pouring in 16 of the last 29 Cavs points to trim the lead to just five entering the last quarter. Hawks up 84-79.

LeBron took his rest to start the final period, and the Cavaliers suffered. As he got his rest, the Hawks gathered themselves, executed, and established another 13 point lead. It wasn’t what the Cavs needed, and they had to come back yet again. LeBron had a short breather and re-entered the game, trying to push his team again. The Cavs went to the high pick and roll with James and Irving, and it payed dividends as Kyrie got to the basket and went on a 8-0 scoring run of his own. Unfortunately for the Cavs, the Hawks seemed to have an answer all night long. Timely shots continued to crucify the hard work the Cavaliers put in during the second half. Down by nine points and just when all hope seemed lost, Kyrie Irving hit a corner three, LeBron hit a big three on the wing, and all of a sudden it was a one possession game. Paul Millsap then hit a runner in the lane for Atlanta to silence the crowd, but a three point play from Kevin Love saw the lead cut down to just two points with 25 seconds remaining. The Hawks looked flustered, but Kent Bazemore kept his head and connected on a baseline jumper to ice the game, 110-106.

It was a heart breaking loss for the Cavs who showed a lot of character and continued to fight. Their slow start ended up being the difference, as they tried to win the game multiple times after Atlanta kept coming with timely shots to stem the tide. The Cavaliers winning streak is over, and the Hawks snap an 11-game losing streak to the Wine and Gold.

Kyrie Irving put in 29 points and four assists on 11-27 shooting from the field. Kevin Love had a great game with 24 points, 12 rebounds, three assists, and two steals. LeBron James put in 23 points, nine rebounds, five assists, and three steals. Channing Frye put in 13 points and seven rebounds off the bench while Iman Shumpert had five points, five rebounds, four assists, and two steals. Shooting guard J.R. Smith struggled shooting just 2-13 from the field (including 2-10 from downtown) and Tristan Thompson had no points and two rebounds in 25 very ineffective minutes as Dwight Howard clearly got the better of him.

It was a tough loss, but the Cavs must now re-focus on their task at hand on Friday, as they visit the nation’s capital to take on the Wizards.