FULL HIGHLIGHTS: Cavs Shoot The Hawks Out Of Their Own Building, Take 3-0 Lead 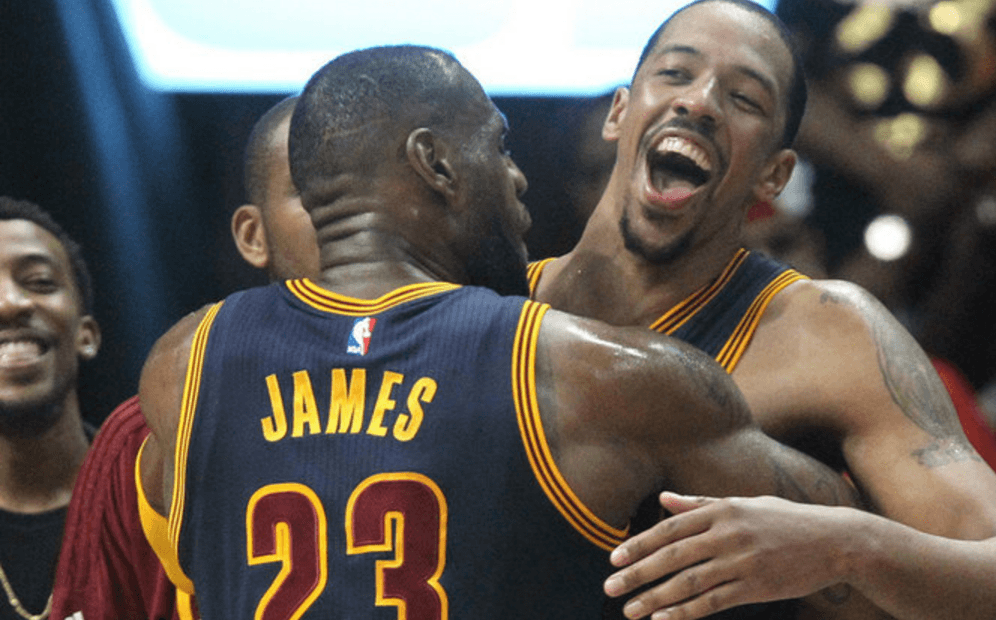 After a record setting night in their Game 2 win on Wednesday, the Cleveland Cavaliers continued their hot shooting and record setting pace tonight with a 121-108 win over the Atlanta Hawks in Game 3 of the Eastern Conference semifinals. The win gives the Cavaliers a commanding 3-0 series lead and pushes Atlanta to the edge of defeat. With the series shifting to Atlanta, they came out of the gates strong. They only trailed by three points after one quarter and led the Cavaliers at halftime by eight points, 63-55. Two big things that kept Atlanta in this game were turnovers and three pointers. Cleveland only had 16 combined turnovers through Games 1 and 2. Tonight, the Hawks defense forced Cleveland into 18 turnovers. Moreover, after giving up 14 more three pointers to the Cavaliers on Wednesday, they did a good job of matching each Cleveland three for most of the night, until the Cavaliers pulled away late in the game.

Both teams combined for 37 three pointers tonight, which ties the NBA record for the most combined threes in a playoff game. Just to give a different look at what Cleveland is doing, the Golden State Warriors made 60 threes last year in a five game series. Through three games, the Cavaliers have made an astonishing 61 three-point shots. In the process, they have become the first team in NBA history, regular season or playoffs, with at least 20 three pointers in consecutive games. Additionally, per Brian Windhorst, they are averaging 15.6 three pointers per game so far this postseason and the all-time record is 11.7 per game accomplished by the 2013 Houston Rockets.

For Cleveland, their big three were up to their usual ways. LeBron James and Kevin Love both recorded double-doubles. James finished with 24 points and 13 rebounds. He fell just two assists shy of a triple-double, but did have a monstrous slam dunk on Kyle Korver late in the fourth quarter. Love led the way for Cleveland, scoring their first 13 points of the game. He finished with 21 points and 15 rebounds. Kyrie Irving added 24 points tonight. The Cavaliers got a much needed boost off the bench from Channing Frye, as he led all players with 27 points, a playoff career high for him. In 28 minutes of play, he shot a blistering 77 percent from three point range.

Atlanta had four players reach double digits. Al Horford was their highest scoring man, with 24 points. Jeff Teague added 19 points and dished out an impressive 14 assists. He almost managed to go the whole game without any turnovers, until Irving stripped the ball from him from behind late in the fourth quarter as the Hawks were only down a few points. Paul Millsap finished with 17 points. Lastly, Korver found a rhythm tonight and dropped 18 points off the bench, shooting 54 percent for the game.

As history shows, it will be very difficult for Atlanta to make a comeback in this series. No team ever in NBA history has won a series when being down 3-0. The Cavaliers are looking for the sweep as tipoff for Game 4 is at 3:30 p.m. on Sunday with coverage on ABC. 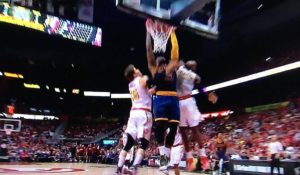