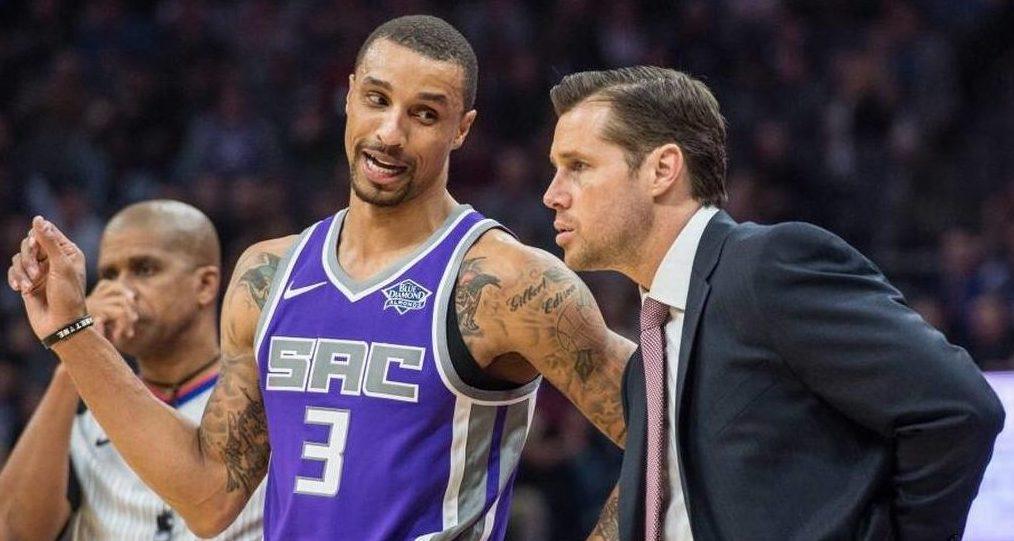 George Hill is not yet a member of the Cleveland Cavaliers. But had he been traded by the Sacramento Kings to the Cavs, his stint with the defending champions may not even last long.

Speaking on ESPN Radio about the subject of Hill’s potential trade to Cleveland, Ryan Hollins said that Cleveland was trying to coax Hill into agreeing to a preliminary buyout next season should LeBron James decides to walk away from the team in the summer. Hill, however, declined to be part of the plan, putting the trade talks off the table for now.

It has been an open secret for a long time now that the Cavs covet George Hill, though it makes little sense to a lot of people. Adding another point guard would further crowd the position’s depth chart in Cleveland. The Cavs currently have Isaiah Thomas, Derrick Rose, Jose Calderon, and even James as those who could run the point for Cleveland. Even if Cleveland ships a guard to Sacramento in exchange for Hill, that would not address the Cavaliers biggest weakness, which is defense. In fact, Hill might only add more to the problem.

Hill, who signed a three-year deal worth $57 million with Sacramento in July of last year, does not project to be the answer to Cleveland’s defensive woes. So far this season, Sacramento opponents are scoring 113.4 points per 100 possessions when Hill is on the floor – one of the worst ratings among guards in the NBA. Furthermore, George Hill’s defensive win shares in Sacramento (0.4) is his lowest in his career since entering the NBA in 2008 as a first-round pick by the San Antonio Spurs.

There is still time to make a deal, but it seems that Hill will not be a Cavalier anytime soon.