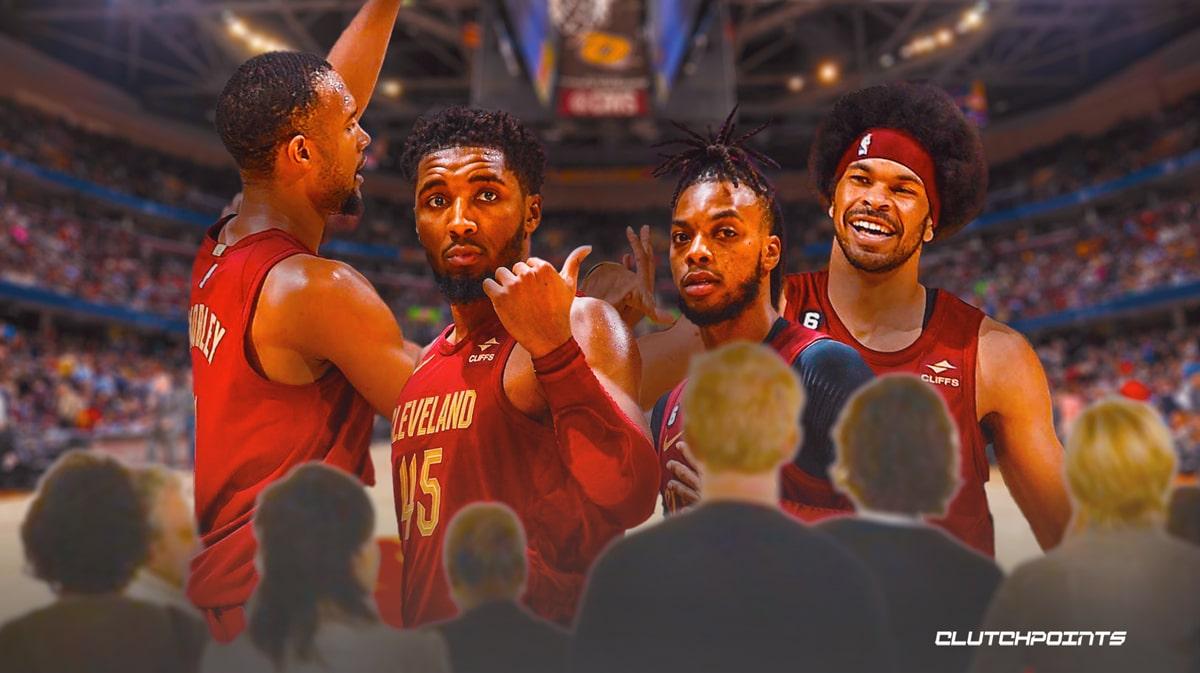 Though the Cleveland Cavaliers may have slipped since their 8-1 start earlier in the season, Cavs general manager Koby Altman still seems to be right.

His Cavaliers just needed a few more pieces to make them one of the most exciting up-and-coming teams in the Central Division and beyond.

“We’re ready to take that next step,” Altman said in a press conference last offseason. “I don’t know quite what that looks like between free agency and the draft, but we’ll get better.

“There is going to be some exciting basketball at Rocket Mortgage Fieldhouse next year.”

Both Altman and head coach J.B. Bickerstaff had lofty expectations for this Cavaliers squad towards the beginning of the season: putting the Cavs in the position to earn more playoff experience, having the team’s exciting new addition in guard Donovan Mitchell match the massive expectations he had on the Utah Jazz and truly embracing the team’s talent and support in the locker room through its ups and downs.

It may be just 21 games in, but the Cavaliers have given fans more than enough of a sample size to show just how impactful they can be in the first quarter of the season.

Though he had his struggles against Orlando and Miami, guard Donovan Mitchell has seemingly been worth all the Cavs gave up for him in an early-September trade and then some.

The 26-year-old guard has been everything both Altman and Cavs head coach J.B. Bickerstaff asked for during media day: The need for players who can “create their own,” the need for extra stability by adding All-Star veterans with long-term contracts to fit around their young core and the need for this year’s roster to change the Cavaliers’ postseason expectations. Donovan Mitchell has averaged career highs in nearly every statistical category since first donning a Cavaliers uniform, scoring 28.9 points on 48.8% from the field and 41.0% from the 3-point line.

The Cavs 13-8 record may not seem like a massive leap from their position last year, but Donovan Mitchell’s scoring ability and the leadership he brought from his time with the Jazz have allowed for monumental steps forward in how competitive the Cavaliers can be with some of the Eastern Conference’s toughest competitors in the playoffs.

Both Bickerstaff and Altman had big plans for guard Darius Garland heading into this season.

Altman said he challenged the 22-year-old guard to be a leader on this Cavaliers roster alongside Donovan Mitchell, saying he worked with Darius Garland on managing expectations and staying connected with his teammates in the offseason even when they were 3,000 miles apart.

“That’s part of our secret sauce in terms of what we want to do in the offseason: Stay connected and keep building this comradery,’” Altman said during Cavs media day. “That was a great challenge, but I think we’ve laid out great groundwork before the season because of the amount of time this group has spent together in the offseason and really embracing each other.

“I’m really happy with how he’s grown as a player.”

Darius Garland has grown into one of the Cavaliers’ top young leaders on the court this season, enough for him to earn even more praise from Portland Trail Blazers head coach Chauncey Billups, who likened him to a young Damian Lillard before Darius Garland even set foot on an NBA court.

It seems the only way from here is up for the young guard, especially if he continues to embrace the increased expectations placed upon him from the Cavs front office and beyond.

Center Jarrett Allen has grown into the defensive anchor the Cavaliers have needed to face the Milwaukee Bucks and beyond.

The 24-year-old center even garnered Defensive Player of the Year praise from Bickerstaff, saying he thought Allen could be an award-winner every year after a 10-point win against the Washington Wizards. Allen is averaging 13.5 points, 10.8 rebounds and 1.2 blocks per game, leading the Cavaliers’ defense with his ability to contest shots and deter some of the NBA’s most renowned forwards and bigs from completely dominating in the paint with 11.4 contested shots per game and 8.5 contested twos per game.

The 6-foot-11-inch center has proven he can work with the best of the NBA’s modern brand of center, using his athleticism and basketball IQ to work well in the pick-and-roll game with Donovan Mitchell and providing the perfect inside presence to match forward Evan Mobley’s scoring versatility. Expect the two young bigs to be a staple on both sides of the floor for this Cavaliers team for a long time.

Though he hasn’t seen a huge explosion in production under a newer Cavs cast, second-year forward Evan Mobley is providing the Cavaliers with almost the same amount of valuable production as his rookie year.

Mobley’s ability to not just dominate from the inside with his advanced set of interior mechanics, but stretch it out to the mid range when needed, has given the Cavaliers a reliable young scoring option outside of the their top-tier backcourt in Mitchell and Darius Garland. Mobley’s ability to make bigs second guess shots on the interior, combining with Allen for 2.6 blocks while grabbing nine rebounds per game, makes the 7-foot forward a needed piece for a playoff-bound franchise.

One can only wonder how much the 21-year-old will continue to improve under the continued guidance of J.B. Bickerstaff and the Cavaliers coaching staff, as well as the mainstays on this Cavaliers roster.

Since he first suited up for the Cavaliers in a monumental trade in 2014 involving two No. 1 overall picks, forward Kevin Love has proven to be a valuable part of the Cavs offensive pace and rebounding ability whether he starts or takes a bench role.

The former Sixth Man of the Year runner-up continues to provide valuable minutes for the Cavs off the bench this season, averaging 10.6 points, 7.2 rebounds and 2.5 assists per game while logging an 18.8 Player Efficiency Rating. Kevin Love’s scoring ability even earned him a starting role against the Minnesota Timberwolves when the Cavs were still searching for a more permanent option to cover for center Jarrett Allen as he sat out with an injury.

Though his defensive impact leaves much to be desired, Love has proven to be a reliable veteran glue piece when he backs up a young Cavaliers starting lineup that is just starting to explode into one of the league’s most formidable groups.

Whether he plays shooting guard or small forward, stays on the bench or takes up a starting role, guard Caris LeVert’s 11.4 points per game has been a welcomed part of his 14 Cavs starts so far this season.

LeVert’s scoring production has tapered off in the last few matchups, and his inconsistent shooting will need to improve before he can receive a higher grade.

Stevens has only seen his role increase with the Cavs this season since he played four minutes against the Chicago Bulls.

Mitchell said Stevens is shooting the ball with “increased confidence” on top of his improved defensive ability from 2020.

“It’s easy to speak on his defense, because that’s what we know,” Mitchell said in a postgame press conference. “I think offensively, he has a growing confidence.

“He’s shooting the ball with confidence. He’s able to get into the paint, drive and kick and get to the free throw line… being able to do so many things is going to help the team off of being confident, being able to make plays and understanding the offense.”

Last, but not least, head coach J.B. Bickerstaff will earn himself a rating in his third full season as the Cavs’ head coach.

It may not completely look like it in the standings, but Bickerstaff has stayed on track with his postseason expectations at the beginning of the season and kept the Cavaliers on the continued path towards a winning brand of basketball for years to come.

It will take time before Bickerstaff can truly master the team’s rotations and figure out which players he can rely on, but aside from the five-game losing streak, the fourth-year head coach has proven to be a solid leader for the Cavaliers.