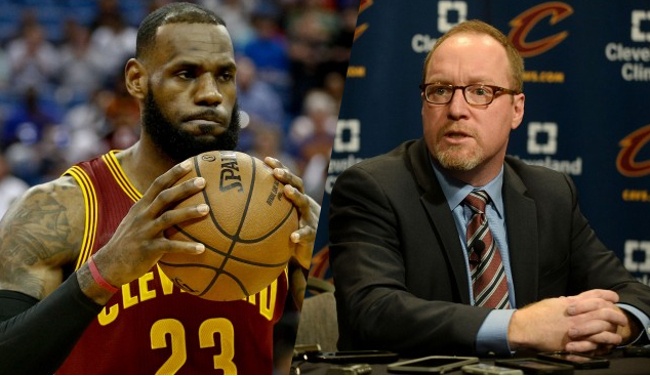 Shortly after 1:00 p.m. today, Goodyear and the Cleveland Cavaliers officially announced a multi-year partnership. The new deal means that the Cavs will wear the famous winged foot logo on their jersey next season.

“In The Land of the driven, hard work is an obsession.”#MoreDriven | @goodyear x #Cavs pic.twitter.com/kQcDQ0XqCk

During his media availabilty, CEO of Goodyear Richard Kramer mentioned his strong affinity for the Cavaliers organization.

“We felt a connection — a meaningful connection,” Kramer said of the sponsorship deal. “We are proud to be associated with LeBron James and the Cavaliers.”

The Cleveland Metropolitan School District and Akron public schools will benefit from the new deal, as they are to receive $1 million in funding (divided evenly) for their STEM (Stimulate Excellence in Science and Mathematics) programs. Volunteers and mentors will also be sent to each school system to broaden their reach.

As part of Cavs-Goodyear jersey deal, the two will donate $1M to Cleveland Schools and Akron Schools

Cavaliers general manager David Griffin said he is “grateful and honored” to partner with Goodyear in sponsorship rights.

“It was meaningful to the players,” Griffin said of the sponsorship with Goodyear. “We wanted something that looked the part, and fit who we are. Every player on our team is excited about it.”

Per NBA rules, the winged foot patch will be sewn on the front left of the jersey, which will be produced by Nike. A first look at the new uniform is expected to be released soon, and Griffin says they are sharp. In the mean time, fans can head over to the Cavs’ team shop for other Goodyear-related merchandise.

Partnering with Goodyear makes perfect sense for the Cavaliers, as both are iconic brands with similar core values and community purpose. It’s only fitting that the Cavs be sponsored by someone from Northeast Ohio.