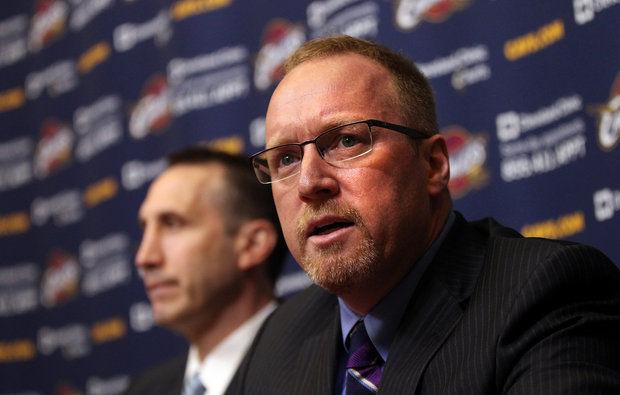 Last week, reports of a divide between the Cleveland Cavaliers and their first-year head coach David Blatt surfaced from an unknown source. These became prevalent as the Cavaliers were on their heels after multiple blowout losses and a season of injuries.

Cavs GM David Griffin says no truth to talk coach David Blatt may be in trouble, and any reports to contrary are not true.

More from Cavs GM David Griffin on Coach Blatt: "Narrative of coaching situation is truly ridiculous. … No change is being made. Period."

“No change is being made, period. It’s such a ridiculous assertion. It seemed giving life to it is what would happen by talking about it so I didn’t want to do that. At the same time it’s just time for everybody to get on with it. We have a chance to galvanize ourselves and grow and move in a positive direction so I want to make sure we’re doing that in a fresh environment.”

With this statement, albeit all the struggles early on this season, David Blatt’s head coaching job is pretty safe:

“This is exactly what we said it’s going to be: It’s a work in progress and we’re going to continue to get better every day.” – Cavs’ GM David Griffin

With injuries to more than half of the starting five after Kyrie Irving left the Mavericks game with back soreness, that progress has been somewhat impeded. Kevin Love and Tristan Thompson are starting to get in a rhythm while LeBron James and Kyrie Irving are recovering from some nagging injuries. Cleveland looks poised for a good run when they all come together at full health.