Cavs get hot from deep, burn the Raptors in Game 1 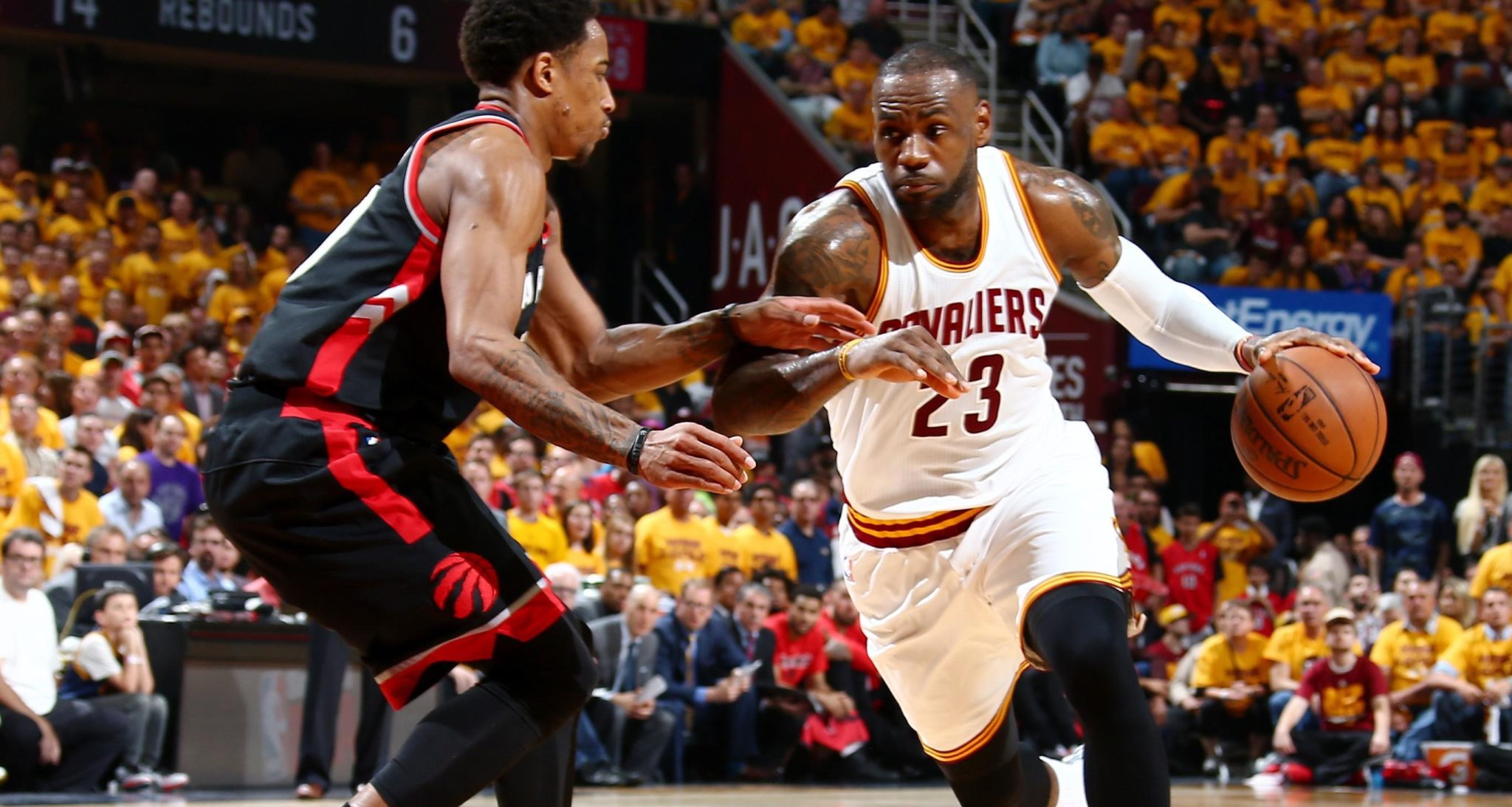 The Cleveland Cavaliers came out hot in Game 1 of the Eastern Conference Semifinals, scorching the Toronto Raptors with a 10-0 run and taking an early 13-3 lead. The Raptors answered with a 10-0 run of their own, but the Cavs just kept pouring it on. Another 10-0 Cavs run had the champs leading by 10 with just under five minutes remaining in the first quarter. A ferocious dunk from Iman Shumpert near the end of the period sent Cavaliers fans into a frenzy. After one frame of play, the Cavs had managed to hold the Raptors to a 7-of-21 mark from the field and carried a 12 point advantage (30-18).

The Cavs continued to build their momentum in the early phases of the second quarter. Within minutes, Kyle Korver knocked down a deep three-pointer and pushed Cleveland’s lead to 18.

Near the mid-way point of the second quarter, the Raptors, led by a series of shots from Kyle Lowry, began to cut into the Cavs’ big lead. At one point, the Raptors went on a 17-3 run to reduce their deficit to five points. Subsequently, Cavs head coach Tyronn Lue called a timeout to make a few lineup changes.

After the timeout, Lowry continued to attack the rim. A quick and-one, and boom — Lowry had the Raptors within two points of the lead. All of sudden, it looked like we had a ball game. However, a couple of quick three’s from Kevin Love and J.R. Smith pushed the Cavs’ lead back to nine.

This time, it was Raptors head coach Casey taking a frustrated timeout…

Coach Tyronn Lue had his team trapping Raptors guard DeMar DeRozan on most occasions — a strategy that worked well in the first half. Despite the aforementioned mini-surge from the Raptors, the Cavs managed to bully their way back to a 14 point lead at the break (62-48).

Coming out of the locker room, the Raptors went on another run, trimming the Cavs’ lead back to nine. After a quick timeout to gather the troops, the Cavs came back onto the floor only to commit their first turnover in 18 minutes. For a moment, It looked like the Raptors might creep back in. However, another pair of three’s — this time from Love and LeBron James — pushed the Cavaliers lead back to 13.

Not to be outdone, Kyrie Irving decided to join the Cavaliers’ scoring party near the middle of the third quarter. On one of the more aesthetically pleasing plays of the night,Tristan Thompson completed a no-look pirouette pass to Irving, who proceeded to bury a corner three that gave the Cavs a 15 point advantage.

The three’s just kept falling for the champs, and the Raptors were in trouble. James knocked down another three in the closing minutes of the third quarter to give the Cavs a 19 point lead.

With James at the free-throw line, the crowd inside Quicken Loans Arena began to chant “MVP.”

A 17-5 run to end the quarter left the Cavs in control heading into the final period. After three, the champs were leading, 96-73.

The Raptors weren’t ready to call it a night just yet. Three quick triples and a bit of sloppy Cavs offense at the beginning of the fourth quarter led to a 9-0 Toronto run and a Cleveland timeout. Down 16 points, the Raptors began to mount another comeback, but it was short-lived. James led the Cavs on yet another run to stem the tide.

With six minutes remaining in the game, the Cavs were leading, 106-87. An emphatic slam from James sent a stern message that this game was over. Shortly after that, Irving dazzled the crowd with a flashy drive to the basket.

Surprisingly, coach Lue kept his Big Three on the floor late into tonight’s matchup. Finally, with just over three minutes remaining and the game well in-hand, James and the starters were called to the bench. After a roaring applause from the Cavaliers fans in attendance, Raptors head coach Casey waived the white flag and sat his starters for the remainder of the night.

LeBron James after the game: "I'll be better on Wednesday." 😂😂 pic.twitter.com/ZbZTV1vphB

Tonight’s game ball could go to several different players, but James’ effort seemed to will the Cavs to victory. In 41 minutes of playing time, The King recorded 35 points (13-23 from the field), 10 rebounds, four assists, one block, and one steal.

As a team, the Cavs shot the ball well in Game 1 (39-85 from the field, 14-34 from beyond the three-point line). The champs were also extremely efficient at the free-throw line (24-29). The rebound battle was close (46-43 in favor of the Cavs) and both teams finished Monday night’s game with 12 turnovers.

Game 2 is scheduled to tip off at 7:00 p.m. EST on Wednesday, right back inside Quicken Loans Arena. 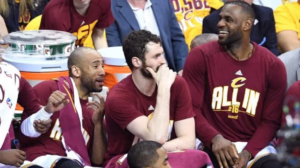