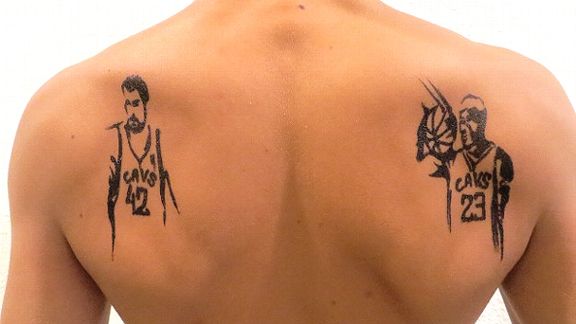 A Cavaliers fan decided to get LeBron James (right) and Minnesota big man Kevin Love (left) tattooed on his back. The fan claimed to be ‘over excited’ about the deal between Cleveland and Minnesota. The 16 year old fan Nick Grossman said he was walking down a street of shops when he noticed a tattoo parlor that made henna tattoos of NBA players. He saw LeBron in a Heat jersey and Kevin in a Wolves and an idea came to his head. The fan asked the tattooist to replace the Wolves and Heat jersey’s with Cavs jersey’s, so they did. Now the fan has two All-Stars tattooed on his shoulder blades for the price of $60. I mean was this really worth it? What if Kevin somehow doesn’t join Cleveland? Luckily for Nick, the tattoo is temporary. “It lasts until the end of the month, so it should still be on by the time Love gets traded” Nick reassured himself.

{adinserter 2} What made Nick so confident to get this tattoo? The Timberwolves owner Glen Taylor has reportedly said the deal between the Cavs and Wolves is a ‘done deal’. The Cavs acquire Kevin Love and the Wolves are rumored to receive Canadians Andrew Wiggins and Anthony Bennett. Nick along with thousands of others, have to wait until the end of August until the deal is made ‘official’.

But hey, lets look on the bright side. Nick’s tattoo isn’t so bad, it may come true. Unlike this guy, I bet he was gutted after James announced he was changing his number back to 23. 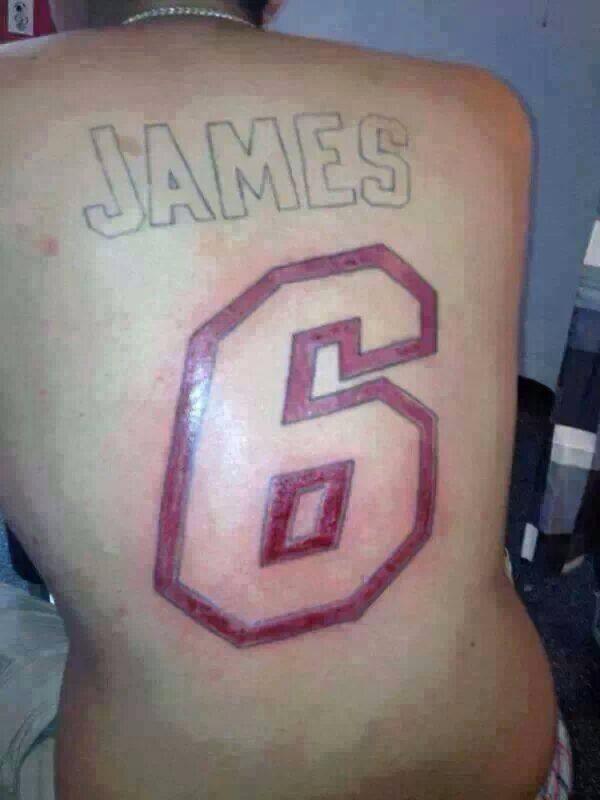 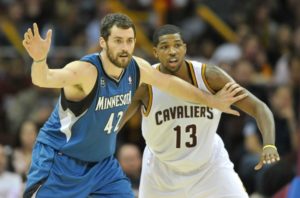