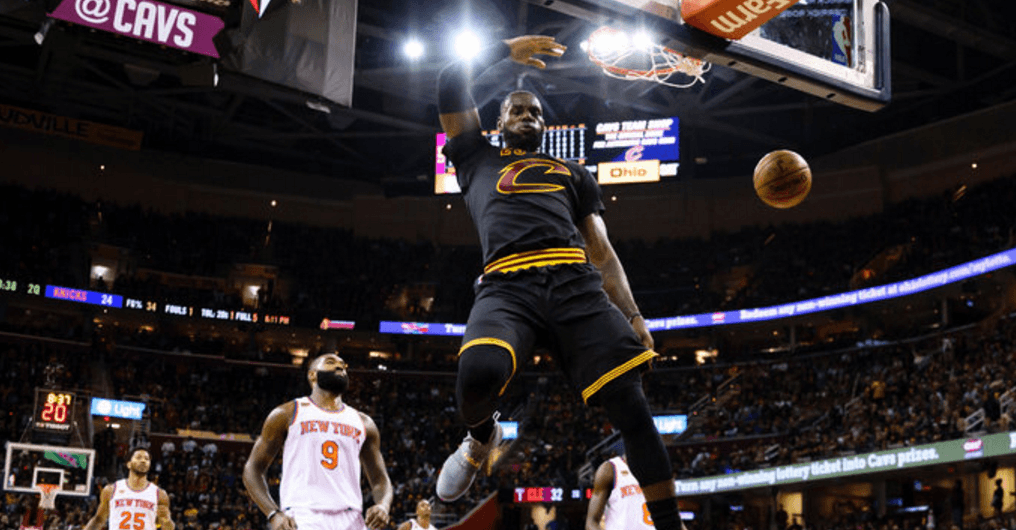 Tears were shed by J.R. Smith. Excitement showed from Kyrie Irving and Kevin Love. ‘Cleveland against the world’ is what LeBron James said in his speech. The Cleveland Cavaliers came into the 2016-17 season as NBA Champions for the first time in franchise history, and many didn’t know how the team would react after the emotional ceremony. Well, it turns out that there was nothing for fans to worry about.

The Cavs took a 10 point lead after the first quarter of play, blew the game open with an 18 point lead after the third quarter, and won by a final score of 117-88. LeBron James finished with a triple double consisting of 19 points, 11 rebounds, and 14 assists. Kryie Irving added 29 points and for assists while Kevin Love put in 23 points, 12 rebounds, and three steals.

According to ESPN Stats and Info, the 29 point victory was the fifth highest in NBA history for a defending champion on opening night. The highest was by the Lakers in 1972-73 and next three were by the Celtics in a span of four years. 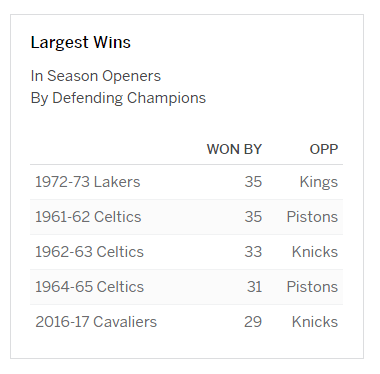 In addition to that, James joined Lakers great Magic Johnson as the only players in NBA history to have a triple-double in the both the NBA Finals clincher as well as the following season’s opener. A bit of an odd stat, but considering the company James is with, it’s an interesting stat nonetheless.

The Cavs are playing much more loose, especially LeBron James, now that an NBA Championship resides in Northeast Ohio. They’ll look to continue their stellar play on Friday night against the Toronto Raptors. 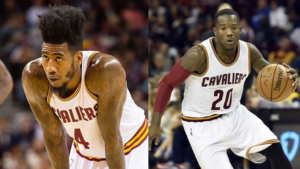