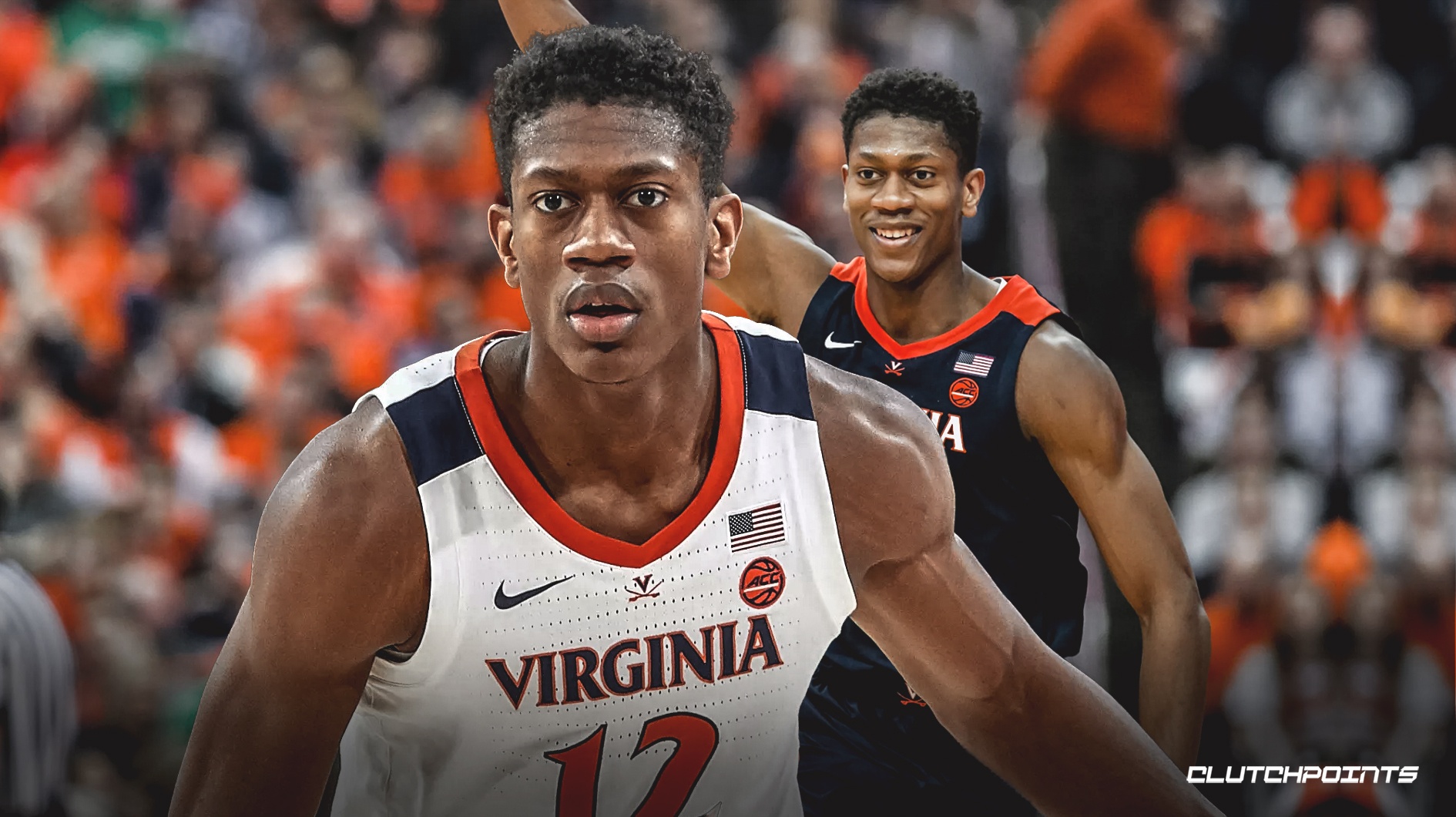 Although the Cleveland Cavaliers will (most likely) miss out on the three elite prospects in this year’s NBA Draft, there are still some very talented players who the team could select fifth overall. One of these players is Virginia forward De’andre Hunter, who fits exactly what teams are looking for in a 3-and-D wing.

The best players perform on the biggest stage, and Hunter did just that when he solidified his draft status by leading the (Virginia) Cavaliers to their first-ever national championship. Against Texas Tech, he finished with 27 points and nine rebounds, while making four of his five attempts from beyond the arc. He did this while being guarded by Jarrett Culver, another top draft prospect and excellent defender. Hunter hit two clutch triples, one to tie the game with 13 seconds remaining in regulation, and the other to give Virginia the lead with two minutes to go in overtime.

Hunter has good size for a small forward at 6’7″ 225lbs with an impressive 7’2″ wingspan. He is not a special athlete, but his length allows him to be extremely effective on defense. His numbers don’t show it, as he averaged 0.6 blocks and 0.6 steals per game, but he is an active defender who can guard 1-4.

His defense is probably the phase of his game that will translate best to the NBA, but that’s not a bad thing. Every team would love to have a versatile defender like Hunter, and you could make the argument that he is the best player in the entire class from a defensive perspective.

While he is an excellent defender, Hunter is not just a defensive player. His offensive game is perfectly suited as a top-tier role player. He is not a dynamic ball-handler, but he is a capable passer on the wing and very good in transition. He doesn’t excel at creating his own shot but isn’t helpless in that regard either.

Hunter’s specialty is the catch-and-shoot three-pointer. He shot 44% on 2.8 attempts per game from deep, and while he is still streaky from distance and will need to adjust to the NBA three-point line, the potential is clearly there for him to be an elite spot-up shooter.

Much of Hunter’s strengths are based on future projection, but that’s because he has shown development during his college career. The only statistic of his that did not improve from his freshman season to 2018-2019 were steals, and that number held constant at 0.6 per game. Hunter shot the ball more often and at a higher percentage last season.

While Hunter certainly showed improvement, it hasn’t been enough to put him into the “franchise player” category. He isn’t elite at anything at this point, and it’s difficult to see him developing an All-Star offensive game. He doesn’t have anything to hang his hat on so to speak.

Zion Williamson has his legendary athleticism and elite inside game. Ja Morant has fantastic playmaking and scoring. Hunter has… a developing catch-and-shoot game? Great defense? It’s this lack of a central attribute that could prevent him from going to a team without an established centerpiece, like the Cavs.

If a team drafts Hunter expecting him to lead them in scoring, they will be disappointed. Hunter will never be the focal point of an offense, nor should he. What he will be is a very good defender who can guard four positions and provide great complementary scoring.

If the Los Angeles Lakers don’t end up trading the fourth overall pick for an established veteran, Hunter seems like the obvious pick. Cleveland could’ve really used a player like him during their Finals runs. He is exactly the type of player who would thrive playing alongside LeBron James.

For the Cavs, Hunter presents a safe pick with a fairly low ceiling. Hunter may never make an All-Star game, but he could have a very big impact on both ends of the floor. If the Cavaliers were to select him, one of three things would (or could) be true: 1. The team feels that Collin Sexton has All-NBA potential and can lead a playoff team. 2. The team feels that they will again be in contention for a top draft pick in 2020, and that Hunter would be a good complement to James Wiseman, Vernon Carey Jr, or whoever the top prospect ends up being. 3. The team feels that they will be able to convince a top free agent to sign with Cleveland once most of the large contracts come off the books.

Hunter’s age is also a downside. He will turn 22 in December, while Zion Williamson for example will be 19 in July. Gonzaga’s Brandon Clarke turns 23 in September, and his draft stock suffers because of his age. Hunter is a similar situation. The difference even just a year makes is significant.

De’Andre Hunter presents a low-risk pick at  No. 5 for the Cavs, but the potential reward is also rather low relative to other prospects. He will be a good NBA player, but perhaps isn’t the franchise-changer Cavalier fans were hoping for.