What Should The Cavs Do If They Don’t Get Kevin Love? 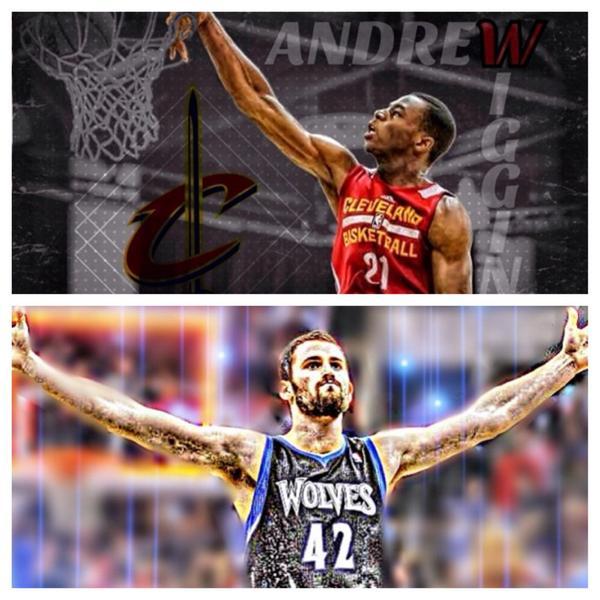 There have been more and more rumors surfacing lately on speculation of Kevin Love going to the Cleveland Cavaliers. Reports have been made from the Minnesota Timberwolves camp that they will be looking to trade Love by August 23rd or 24th. This is the same time that Andrew Wiggins is available to be traded. At this point and time every sign is pointing to Cleveland picking up Kevin Love in a trade by the end of this month. But what happens if Cleveland does not end up getting Love? What should they do?

Their first option is simple, they can do nothing. Cavs fans would agree that keeping Andrew Wiggins and our other young talent would not be a bad thing. In fact, some fans would probably be happier with this option. The talent that was added in Anthony Bennett and Andrew Wiggins has potential to develop into something big. Both of these players are valuable to the organization if Cleveland keeps them. The additions of Mike Miller and James Jones this offseason will help the Cavaliers with their perimeter shooting. Option #1 for Cleveland isn’t so bad.

{adinserter 2} The second option for the Cavaliers is to continue to search for talent. While at this time there is not a Love caliber player available in open trade talks, as the season goes on, there just might be. The big reason for Cleveland actively pursuing Kevin Love is because of LeBron James. They know James is on a 2 year deal with player option which puts a small amount of pressure on Cleveland’s front office. The pressure is small because most likely James will resign with Cleveland as it is believed this is his last stop before retirement. The 2 year deal that James signed was to open up the possibility of making more money after the TV deal for the NBA is reconstructed after the 2015-2016 season. This deal should bring in more money in salary cap for the players to take advantage of, James simply wants the most he can get and you can’t really blame him. The addition of James however, still puts pressure to bring in more talent and with James the Cavaliers executives want to win a title as quickly as possible. They definitely would be left with the option to stay open to trade discussion with any other team as this year’s season goes on.

Any scenario for Cleveland right now isn’t so bad, they have a lot of flexibility and our in control of whatever business venture they get in to. The most likely scenario is a trade involving Wiggins, Bennett, and a first round draft pick for Kevin Love and another player by the end of this month. If that doesn’t happen, Cleveland still has options and talent, which isn’t a bad combination! Cavs fans should feel perfectly comfortable with where their team is and where things are going to go.