Cavs news: Derrick Rose is done with fame, plays only for his son 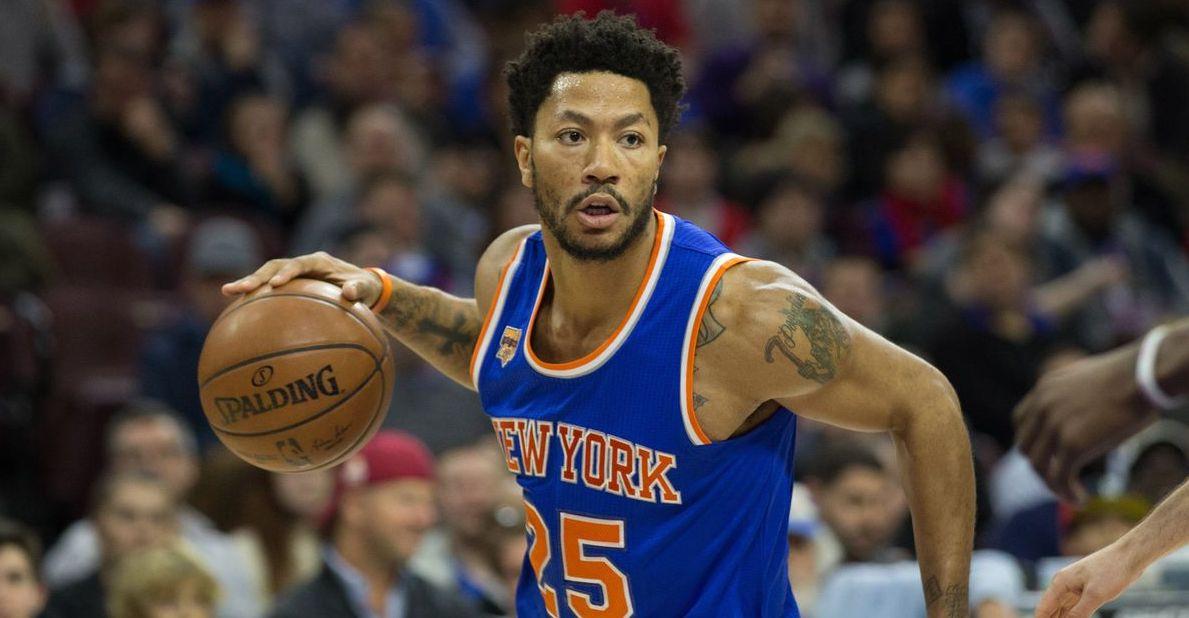 On July 25th, Cleveland Cavaliers owner Dan Gilbert and newly-appointed general manager Koby Altman officially welcomed Derrick Rose to the organization. Since then, things have been fairly quiet on the Rose front, and that’s just how he wants it to be.

“We are very excited to be able to add a player of Derrick’s caliber and experience to the team,” Altman said in the Cavs’ press release. “Derrick could have gone to a number of other teams, but his specific mindset, goals and total focus and commitment to winning are what resulted in him signing with the Cavaliers. We are confident he will be a very good fit with our organization and we look forward to the many ways he will contribute to the team.”

There was a time when most experts and analysts believed Rose, a 28-year-old former NBA MVP (2011), was on the fast track to superstardom. In fact, prior to his season-ending ACL injury against the Philadelphia 76ers in the first round of the 2012 Playoffs, “D-Rose,” as he’s affectionately known, was showing signs of true greatness. At the time, there were some whispers claiming that his level of play could be on par with that of the great LeBron James.

In his 81 games played for the Chicago Bulls during their 2010-11 campaign, the former Memphis Tiger standout averaged a career-high 25.0 points on 45 percent shooting from the field, 7.7 assists, 4.1 rebounds (career-high), and 1.0 steal in 37.4 minutes per contest.

After taking the 2012-13 season off to recover, Rose made his highly-anticipated return to the hardwood on October 5, 2013, in a preseason game against the Indiana Pacers. His recuperation process seemed to be going well. However, on November 22, Rose injured his right knee during a game against the Portland Trail Blazers. MRI tests taken the next day revealed a torn meniscus — an injury that required surgical repair.

Most athletes would be down for the count after a pair of injuries like Rose’s, right? Nope, not this guy. Rose was able to return to action for the Bulls in their 2014 season opener against the New York Knicks — a game in which he racked up 13 points and five assists in 21 minutes.

In February of 2015, the Bulls announced that Derrick Rose would require another round of surgery on his right knee, which forced the team to rule him out indefinitely. Yet another MRI confirmed a medial meniscus tear of Rose’s right knee — the same injury he sustained against the Trail Blazers. Later that month, he underwent successful surgery and was ruled out for four to six weeks.

After a 20-game absence, Rose returned to play once again on April 8th of 2015 — this time with a minutes restriction. From there, the former No. 1 overall pick began to show signs of recovery, as well as his former MVP form. In fact, Rose put up 29 points in a 104–98 win over the Oklahoma City Thunder, then later dropped 34 points in a 147–144 quadruple overtime loss to the Detroit Pistons in December.

In an exclusive interview with the Associated Press’ Tim Reynolds, Rose discussed several aspects of his career, including what it is that drives him on a day-to-day basis, and why he doesn’t seek attention.

“I’ve always been into movies,” Rose told Reynolds. “And I’ve always asked why you don’t see famous actors all the time. Why don’t you see George Clooney? For real, why don’t you see him? It always comes back to how they don’t want the fame. So when I got into the NBA, I never wanted to tap into that. Personally, that’s just not me.”

Rose, a quiet type, also pointed out that his son, Derrick Rose Jr., is the only reason he plays basketball.

“He’s the only reason that I’m playing this game,” Rose told Reynolds. “My dad wasn’t around. So my mom was that figure for me. I want to be the example to my son, the dad that I didn’t have. He’s going to do what he wants to do, but sometimes he’s going to be like, ‘Damn, Pops was right all these times.’ It’s going to hit him one day.”

Now, after all of this time, Derrick Rose will look to continue his revival in Cleveland, where he’ll likely serve as a backup point guard. And with his son as motivation, the former superstar seems focused on the task at hand.