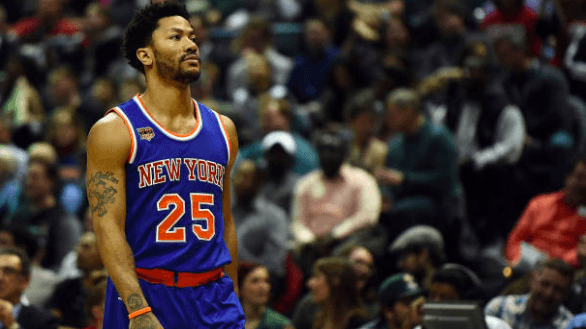 Derrick Rose is currently touring in China as part of the promotion for his new Adidas signature shoes. While he has millions of fans all around the world, he is very popular in the country, having a huge fan base there.

The newly-acquired Cleveland Cavaliers guard was even given a tribute video by his Chinese fans, where they gave their reasons why they love him. They also professed to how Rose has inspired them in their everyday lives. The former MVP got very emotional after watching it, and couldn’t help but shed a few tears.

Since his MVP year in 2011, his career has been on the downswing, as he has suffered multiple injuries that have slowed him down since. He became a free agent for the first time in his career this summer, and had to settle for the veteran’s minimum with the Cavs.

Derrick Rose may not be the same player that he was during his earlier days in the NBA, but he definitely still has a lot left in the tank, which he proved in some stretches last season with the New York Knicks. His one-year deal with the Cavs may be considered as a chance for him to further prove his doubters wrong, and possibly secure another lucrative contract next summer.

For what it’s worth, there may be a lot of people not believing in him anymore, but now he knows there are many Chinese fans who are all genuinely rooting for him no matter what. 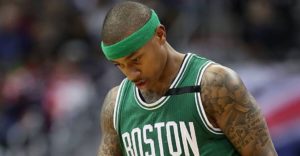 JUST IN: Cavs news: Isaiah Thomas may be out three to four months if surgery is conducted
Related TopicsCavaliersDerrick Rose