Cavs Closing In On Signing No. 1 Draft Pick Andrew Wiggins In the mix of all the offseason drama, ESPN reports that the Cavs are closing in on signing No. 1 draft pick, Andrew Wiggins in the upcoming week. Is this a way for the Cavs to push the Timberwolves into making the Kevin Love for Andrew Wiggins swap a reality?

Sources told ESPN.com that the Cavaliers’ delay in signing the former Kansas star has nothing to do with Cleveland’s ongoing trade discussions for Kevin Love.

The Cavaliers, sources say, are merely exploring options for using their estimated $1.4 million in remaining cap space before signing Wiggins to a contract that will pay him in the neighborhood of $5.5 million as a rookie.

Once Wiggins signs though, league rules stipulate that the Cavs must wait 30 days before trading him.

The offseason Kevin Love drama might hit a 30-day standstill if the Cavs decide to sign Andrew Wiggins.

{adinserter 2} Although, if Andrew Wiggins is signed during the course of 30 days, both the Cavs and the Timberwolves can still reach a verbal agreement on a potential deal. In other words, an unofficial deal can be made while the mere formalities could only begin after the 30 day period. For a young player like Andrew Wiggins, this could be a key 30 days from potentially being on a championship team to being sent to a team that will most likely be headed for the lottery.

Ultimately, this signing will just increase this offseason drama and extend what appears to be a Big 3 of the ages: Kevin Love, Kyrie Irving, and LeBron James. 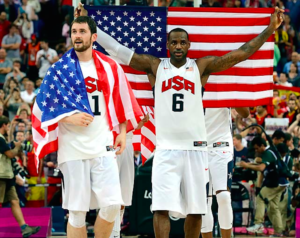