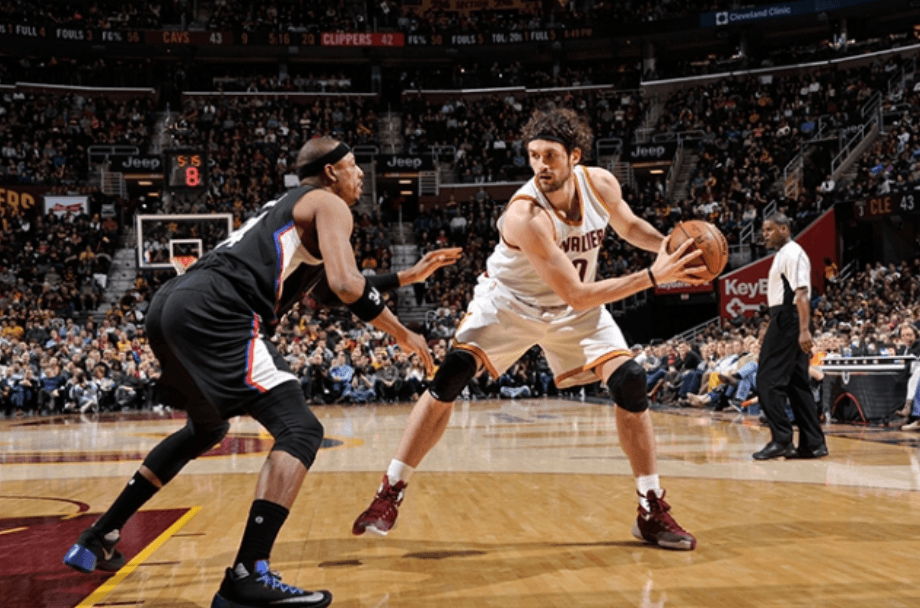 The Cavs put together a very strong effort on both ends of the court tonight, earning a big win against the Los Angeles Clippers by the score of 115-102. It was an all-around team effort in Cleveland tonight, as all five starters were in double-figures in the scoring column after just three quarters. LeBron James and Kevin Love each tallied double-doubles tonight to lead the team. LeBron finished with 22 points and 12 assists, and Love finished with 18 points and 16 rebounds. In the past two nights, Love has made a major impact in the paint, combining for 35 points and 34 rebounds in wins against the Nets and Clippers.

The game was very competitive early, with both teams coming out hot at the start. Chris Paul ignored his friendship with LeBron and dominated the opening quarter in various ways. He had 12 points, 4 assists and 2 steals, but also took advantage of the Cavs’ guards by drawing four fouls in the opening twelve minutes. Kyrie Irving committed two of those fouls and was sent to the bench early. The Cavs offense was clicking though, as the team hit four from behind the arc and spread the ball around, tallying seven first quarter assists. The Cavs defense wasn’t at its best, and the Clippers took a 31-28 lead into the second quarter.
The defense came to life in the second quarter for the Cavs. They held the Clippers to 6-19 from the field and dominated the interior. For the half, the Cavs outrebounded the Clippers 25-16 and outscored them 28-14 in the paint. For the second straight night, Love took a double-double into the locker room at halftime. The ball movement and hot shooting continued in the second as well, and the Cavs would take a 59-50 after two quarters. The Cavs were generous and unselfish on offense, and the hot shooting was a result of that. They assisted on 15 of their 20 first half field goals.

The Cavs would build and maintain a double-digit lead throughout most of the third quarter, thanks largely to the hack-a-DeAndre Jordan strategy employed by Coach Blatt. The coaching staff decided to start fouling the miserable free throw shooting DeAndre Jordan about midway through the third, and it stalled the momentum of the Clippers offense and the Cavs kept making shots to increase their lead. In the third quarter alone, Jordan went 4-10 from the charity stripe. The Cleveland offense took advantage of the misses, making four more 3s in the quarter. LeBron would score the last 7 points for the Cavs, helping to push the lead to 16 going into the final twelve minutes.

The Clippers would make a small run against the Cavalier bench to open the quarter, and at one point cut the lead to 6. Coach Blatt got LeBron back in the game and the defense and ball movement immediately improved to push it back to as much as 18. The Cavs kept raining threes to put this one away. Kevin Love and JR Smith each hit two from long range during the game-clinching run.

JR Smith tied Lebron for the team lead with 22 points, and Kyrie poured in 21 of his own. Timofey Mozgov had a strong game as well, finishing with 11 points and 2 blocked shots.

The Cavs return to action on Saturday night as they host the Chicago Bulls in primetime on ESPN. 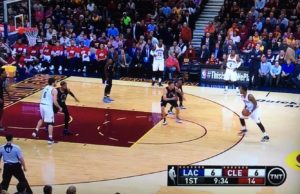