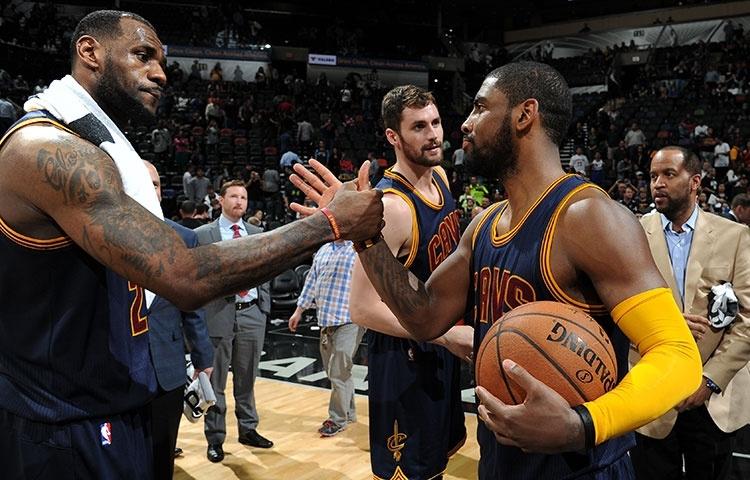 With the victory over the Milwaukee Bucks on Wednesday night, the Cleveland Cavaliers have clinched their first Central Division title since 2010 and their fourth in franchise history. For a team that has endured four grueling losing seasons, this one had to be a little sweet. Three Cavaliers in particular enjoyed this one, as Kyrie and Kevin spoke about it after the game:

“Just thankful. To get a chance to play with these great guys, a lot of expectations coming on us in the season, but we got it done,” said Irving. “First Division title and hopefully more to come. We just got to continue this hard work doing into the playoffs.”

“I think between Kyrie and myself, a lot of guys on this time, we’re first-timers in this,” Love pointed out. “I keep mentioning it: I’m very thankful, I’m happy to be here, and just want to continue this winning atmosphere and continue to get home-court advantage into the playoffs.

For LeBron James, it was his seventh straight division title, and he talked about the importance of winning this division title for the younger and inexperienced first-timers on the Cavs roster:

“We know we have a huge goal, the ultimate goal is to win a championship. But along that way, when accomplishments happen, we can’t take those for granted. For us to have a division title and put a banner up in our arena, [it being] these guys’ first time, we have to appreciate what we’ve done and understand why we got here and the process going forward.

Now that the Cavs have wrapped up the division title, it also means that they are locked in as the second seed in the NBA. Since they’ve got nothing else to play for except keeping their rhythm and deciding lower team seeding, James and some of the Cavs starters may opt to rest, especially in the next two games.

Although the Boston Celtics have one of the toughest remaining schedules, they’re in a tie for seventh in the East with the Brooklyn Nets with two games against the Cavaliers this weekend in a home-and-home series. As we’ve mentioned before, Cleveland is in position to decide their first round playoff series opponent. We don’t believe that the Cavs will lose their 18 game home winning streak along with the road game in Boston, but it could happen should James, Irving, Love, and/or other key guys sit out to rest any nagging injuries.

Though not finalized, LeBron James hinted he'll sit the next 2 games. Both are against Celtics so it could affect playoff race/seedings

Here’s a look at the current standings in the East: 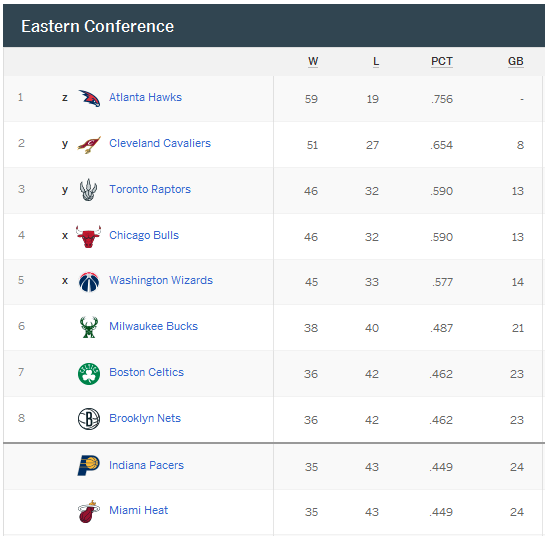 Boston (36-42) has games against the Cavaliers (twice), Raptors and Bucks.

Brooklyn (36-42) has games against the Wizards, Bucks, Bulls, and Magic.

If they fall into a tie at the end of the season, Boston would claim the seventh seed over Brooklyn since they won the season series 3-1. We can only wait and watch, but the Cavs’ rotation guys will need their rest, no matter who they’re matched up with in the playoffs.