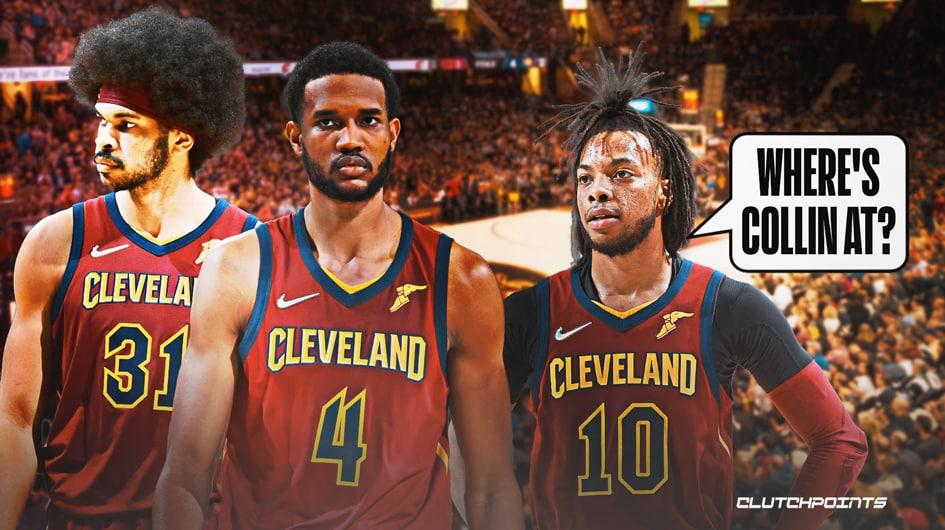 After a surprising and optimistic 2021-22 season, the Cleveland Cavaliers are looking to return to the playoffs for the first time since LeBron James left.

Darius Garland and Jarrett Allen had their breakout seasons after becoming All-Stars for the first time in their careers. Kevin Love found his new role in the team as a sixth man. Perhaps most importantly, rookie Evan Mobley showed he can be a cornerstone for the team’s future.

All that being said, there is one name that ended up being forgotten for most of the season, and the Cavs have been very quiet regarding their plans with this player.

Here is the worst move Cleveland made this offseason that the front office might regret in a near future.

There are too many questions regarding the future of Collin Sexton. The young guard has averages of 20.0 points, 3.3 assists and 3.0 rebounds in four seasons since being drafted in the lottery in 2018. He was named to the All-Rookie Second Team after an impressive first year with the Cavs.

Most career PPG by a player with zero all star selections:

After what looked like a perfect match for the future between Sexton and Cleveland, now there are no guarantees of what might happen between the two.

It has been almost three weeks of free agency and both have yet to agree to a new contract. Meanwhile, the Cavs have brought back Ricky Rubio, plus adding Raul Neto as a backup. Does that mean Sexton won’t be back in a Cleveland uniform?

The team already has 15 players on its roster for next season, including new players and returners, which begs the question if the Cavaliers even have a place for Sexton.

It is worth noting that he only played 11 games last season due to a torn left meniscus. Without him, Cleveland had its best season in a long time with a 44-38 record. They ultimately lost in the play-in tournament.

Another obstacle is what Sexton is reportedly asking in free agency: four years worth $84 million. The Cavs seem to be a bit hesitant in offering the deal following him missing most of last season. That is keeping the young guard in restricted free agency for the time being.

In recent years, other young players signed big contracts after going down with injuries. All-Star Dejounte Murray suffered a torn ACL in the 2018 preseason, yet the San Antonio Spurs re-signed him to a four-year, $64 million deal before he even appeared in another competitive game in the NBA.

It is still too early for Cleveland to give up on Sexton though. When healthy, the 23-year-old was able to provide some efficient shooting, going over 47% from the field in his second and third seasons. Plus, Sexton hit more than 40% of his 3-pointers in his rookie year.

Rubio makes 32.6% from beyond the arc for his career, while Neto only made 29.2% last year. Also, Sexton is more athletic and younger than both of them, which aligns with the youth movement the Cavs have been moving towards since 2018. Besides, he and Garland have the potential to be one of the best young backcourts in the league.

Taking too long to re-sign Sexton could turn out to be a mistake by the front office. The former Alabama Crimson Tide star could see this as a disbelief in his services. Even if he returns, it could break the chemistry of the team.

Maintenance of the young core should be a priority for the Cavs. Sexton is one of the best pieces they have. Whether it is re-signing him or agreeing to a sign-and-trade, they need to make a decision quickly so they can either plan for next season without him, or solve their differences and run it back.