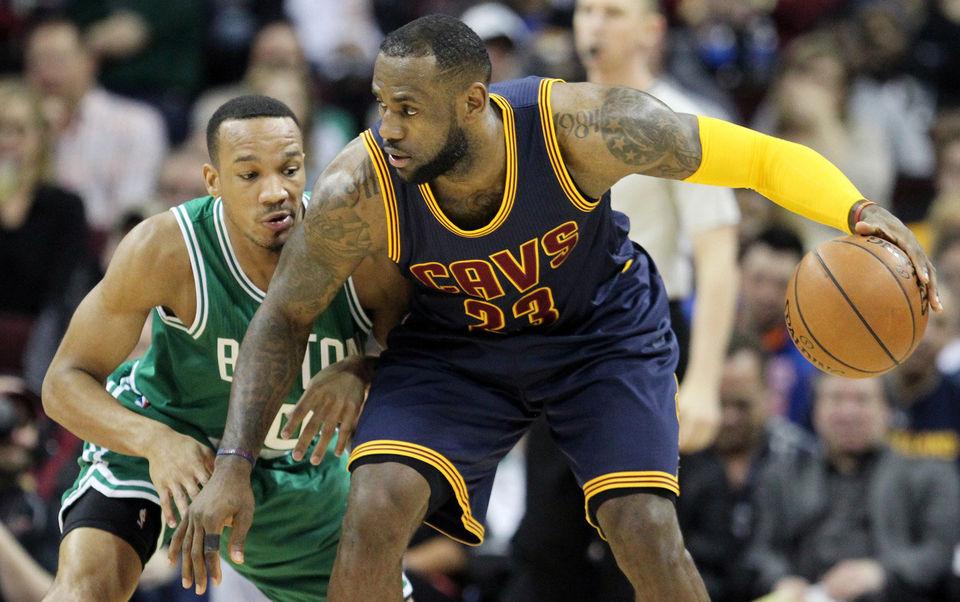 The Cleveland Cavaliers started their home-and-home series with the Boston Celtics tonight, losing 99-90 in a game that Boston seemed to control from start to finish. The Cavaliers, who were riding an 18-game home winning streak coming into tonight, had that streak snapped as Boston inched closer to securing a playoff seed. Kyrie Irving and Iman Shumpert both missed tonight’s game nursing minor injuries.

#Cavs Kyrie Irving is out tonight with a sore right hip. Felt soreness at shootaround, worked out pregame and it was still sore.

The Cavs were blitzed to start the game as Boston hit shots from all over the floor. Led by Marcus Smart, Boston took a 16-4 lead in the opening six minutes and didn’t trail by more than seven points the rest of the quarter. Cleveland trailed 17-28 at the end of the quarter.

Cleveland stayed in the game for most of the second despite getting down 33-19 early in the second. At one four minute stretch, both teams combined to score just eight points. But Boston took their largest lead of the night after scoring eight straight points at 54-38. Matthew Dellavedova, who started for the injured Irving, hit a 17-footer at the buzzer to cut the deficit at halftime to 54-40.

Boston allowed the Cavs to get back into the game in the third, as Cleveland went on a 12-0 run to a single point at 66-65. That run extended to 17-3 when Cleveland took its first lead of the game at 70-69 with 2:54 left in the third. Mike Miller was a huge contributor, after not seeing much playing time in recent months.

Mike Miller has 8 pts in the 3rd Q tonight after totaling just 7 pts in his last 16 game appearances.

Celtics forward Jae Crowder and guard Isaiah Thomas scored on baskets at the end of the third to give the Celtics yet another lead at 79-77 going into the fourth.

The Cavs were within striking distance in the fourth, but none of the starters played as James, Love, Smith, Mozzy, and Delly all sat out the rest of the game. Reserves, Mike Miller, Joe Harris, James Jones, Tristan Thompson, and Kendrick Perkins were unable to stay in it however, as Boston ran off nine straight points and 13-3 in total to double digit lead at 94-84. Boston was able to close the game out and end the Cavs’ home winning streak at 99-90. Cleveland sees Boston again in two days, where LeBron is likely out.

Cavs' 18-game home winning streak comes to an end with Kyrie out and LeBron/Love sitting the 4th Q as they fall 99-90 to Boston.

Kevin Love led the way for the Cavs with 19 points, six rebounds, and four rebounds in 31 minutes. LeBron James had 14 points, three rebounds, and seven assists in just 26 minutes. Timofey Mozgov put up 13 points and two rebounds. in 17 minutes. J.R. Smith went scoreless in 17 minutes. Matthew Dellavedova played 41 minutes and finished with nine points, three rebounds, and three assists. The bench was forced to shoulder some of the scoring, and every player who played was able to score. They combined for 35 points, led by 11 points from Mike Miller.

The Cavs (51-28) continue into the final week of the season with another game against the Celtics (37-42) Sunday afternoon.

LeBron missed this throwdown that would’ve brought the roof down as the Cavs were in the midst of a comeback.